Everyone has that favorite TV character with the impeccable wardrobe to offer styling inspiration. But with so many fashionable women on the silver screen, who are the most iconic stars of all time?

Five style superstars made the list by revolutionizing the way we dress or representing women whose style we want to revisit. Here are the five most fashionable TV characters of all time.

Carrie Bradshaw, Sex and the City

Carrie Bradshaw didn’t just bring us Manolo Blahnik pumps, the Fendi baguette and the staple nameplate necklace to adore, she became TV’s number-one style icon by mixing high- and low-end pieces and bringing forth a truly individual take on high-fashion trends. Patricia Field, the legendary costume designer for Sex and the City, pulled it all together in Bradshaw’s unforgettable final ensembles as she strolled through Paris in the finale episode. But no one can forget her very Carrie-esque outfits she wore as she wrote her columns. Pairing pajamas with pearl necklaces or high heels definitely redefined what’s casual for lounging around the apartment. Her amazing ability to step up basic pieces with glamorous shoes or a trendy accessory makes her the number-one style icon.

The two female powerhouses in the AMC 1960s drama, Mad Men, represent their character’s style to a tee — partly because the show maintains historical accuracy, but also by the amazing wardrobe department. Holloway’s snug pencil skirts and body-hugging dresses remind us why men had so many secretaries around the office. Draper’s full-skirted dresses cinched at the waist with an impeccable up-do represent the 1960s housewife’s attire flawlessly. The impact of their style even reached major retailers like Banana Republic, who featured an entire Mad Men-inspired line last year.

As the girl who completely reversed the stereotype that says a school uniform has to be restricting and conforming, she will forever represent a TV style icon. Waldorf could never have redefined the way we dress in uniforms without her arsenal of jewel-adorned headbands. Taking a childhood accessory into a full-blown fashion trend, with teens and even adults sporting them, shows her prominence. But when demand is so high that the show teamed up with Romeo & Juliet Couture to create clothes inspired by the character, it takes everything to a new level. Even though the queen bee retired her crown, the innovative look she created will always live on. 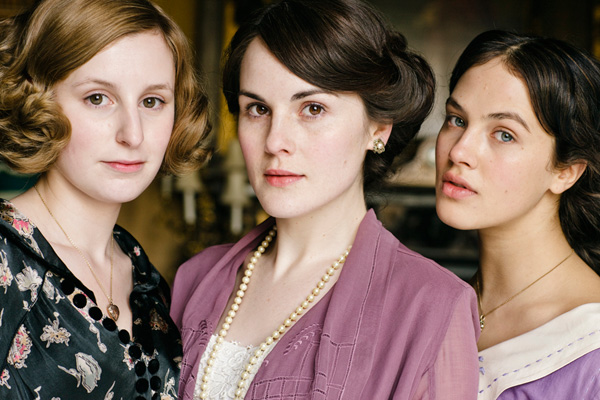 My So-Called Life may have been a short-lived series, but Angela Chase remains the teen-style symbol of 1990s grunge. Her moody-angst, baggy pants and oversized flannel were adored by the show’s following and propelled it into becoming a cult classic. Claire Danes may have moved on to bigger and better things, but Chase remains a timeless teen idol countless of fans still admire.

The ladies of Downton Abbey

From the first dinner in the pilot episode, it was clear these ladies know how to wash up for supper. Back to the days when they really did need a maid’s help to get into their extravagant evening dresses, their style emits wealth and sophistication. Amidst all of the heavy drama that ensues, the ladies of Downton Abbey bring a regal air and beauty to their intricate wardrobes.

More on your favorite TV shows

Downton Abbey Season 4 is a go, but will Matthew be back?
The Carrie Diaries new sneak peak