Couldn’t photographers have just done away with Anne Hathaway’s up-skirt photos? One day after a seriously revealing wardrobe malfunction, the actress explains what’s making her sad about the whole situation. 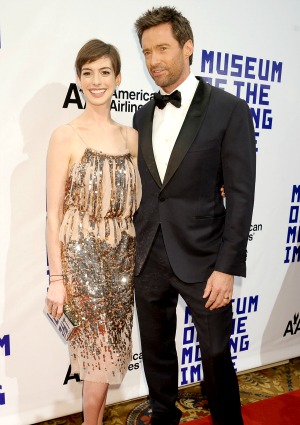 Anne Hathaway‘s wardrobe malfunction pics have become an internet sensation, much to the embarrassment of the Les Miserables actress.

Thanks to a prying Matt Lauer, ignoring the revealing up-skirt photos was impossible when the star appeared on the TODAY Show Wednesday morning.

“Well, it was obviously an unfortunate incident,” Hathaway replied when asked about photographs of her private parts — sans underwear — being taken as she exited her car wearing a black dress with bondage-inspired boots.

“It kind of made me sad on two accounts,” the newlywed went on to explain. “One was that I was very sad that we live in an age when someone takes a picture of another person in a vulnerable moment and rather than delete it, and do the decent thing, sells it.”

Addressing the wardrobe malfunction from an intellectual point of view, Hathaway continued, “And I’m sorry that we live in a culture that commodifies sexuality of unwilling participants, which takes us back to Les Mis, because that’s what my character is.”

The 30-year-old reportedly told Vanity Fair of the incident, “I was getting out of the car and my dress was so tight that I didn’t realize it until I saw all the photographers’ flashes. It was devastating. They saw everything. I might as well have lifted up my skirt for them.”

Ever the professional, Anne Hathaway didn’t shy away from her press duties, appearing on the arm of co-star Hugh Jackman on yet another red carpet Dec. 11. Somehow, she managed to smile gracefully for the cameras in a glittering gown just one day after the up-skirt incident became front-page news.

The show must go on!

What do you think of Anne Hathaway’s wardrobe malfunction statements?