Time to catch up with the Bravermans. Here’s what happened on this week’s episode of Parenthood. 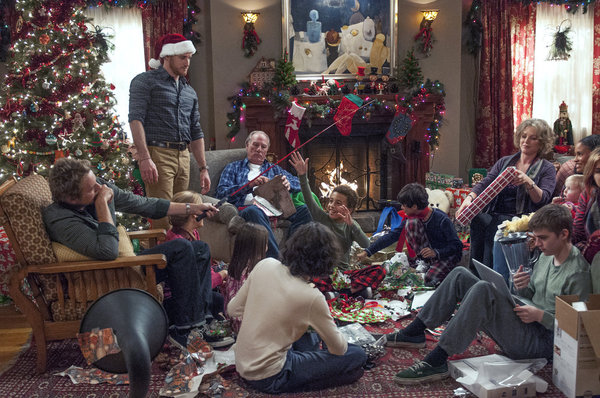 This week’s episode of Parenthood was both great and devastating.

First, Syd and Victor looking for presents is an awesome scene! Yes, it’s a cliche moment that most family-based television shows will cover during a Christmas episode. However, they do it because it’s real. It happens. Seeing Syd and Victor having an actual brother and sister moment is pretty special.

However, it’s slightly frustrating when Crosby (Dax Shepard) and Jasmine are reading to Jabbar and he acts as if he’s never heard the story before. Why are they just now reading The Night Before Christmas to him? How has that not been an annual tradition for years, even if Crosby wasn’t around? That they haven’t read The Night Before Christmas sooner is most likely proof they’re not ready to be parents, again. 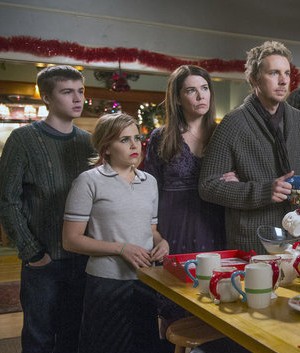 Kristina’s cough was a bit frustrating, too. As overprotective as Adam can be, he should have known better, and called the doctor earlier. Furthermore, when the doctor is delivering the news about Kristina’s condition and then they start playing that soft, depressing version of “White Christmas…” Not okay.

Plus, we see Kristina’s “just in case” video. Who cried? We cried… probably more than necessary for just a TV show. Meanwhile, Adam’s reaction to pray/plead for Kristina is more significant than you might realize. In case you don’t remember, the Braverman kids weren’t raised to believe in a higher power.

Next, we love Max and Hank (Ray Romano) together. They’re so much alike that they just click. It’s cool to see Max bond with someone. Since even Adam and Kristina have a hard time dealing with Max’s Asperger’s sometimes, the only other person who has been able to hang out with him and have a semi-functional time is Amber.

Zeek and Adam’s moment in the hospital was a tearjerker, too. Adam is so controlled, but Zeek is uncontrollable. After the scene in the hospital when Zeek first shows up, it’s easy to imagine how things were when Adam was young. That makes it even more touching when Zeek shows up later and the two men come together.

Ryan and Amber (Mae Whitman): No! Her logic makes complete sense. For someone who tends to not make all the right decisions, Amber nailed this one. And yet, it’s such a bummer! We love Ryan… and we love Amber. But, we adore Ryan and Amber together. Hopefully Ryan can get a job and get his life turned around so they can get back together. They’re just too adorable and perfect to be apart.

Finally, those Clorox “Power a Bright Future” commercials are great and the organization should definitely be supported. However, does anyone else see Bonnie Bedelia or Sam Jaeger while fast-forwarding through the commercials and then frantically stop because they think the show has started again? Every. Single. Episode.