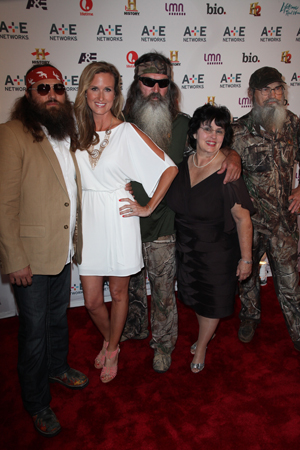 Facebook released its “Year in Review” lists today, which mine the social networking site’s data and find out what users talked about most this year.

In a presidential election year, the first two aren’t surprising, and given that the football playing Manning brothers may face off at this year’s Super Bowl certainly raised their profiles. Tim Tebow had a crazy year on the gridiron, and made headlines off the field for his Christian proselytizing.

But One Direction beat out chart-toppers such as Lady Gaga, Rihanna, and Katy Perry, none of whom appeared on the list?

Another unusual inclusion: Madonna appeared sixth on the most-talked-about public figures list. Is this 1985?

Most talked about movies included The Hunger Games (first on the list), The Avengers (No. 2) and Magic Mike (No. 3). Twilight Saga: Breaking Dawn — Part 2 languished in fifth place, and Ridley Scott’s Aliens prequel Prometheus came in 10th, despite relatively anemic domestic box office grosses. Guess people like to talk about movies they don’t actually go see.

Meanwhile, movies that grossed considerably more than Prometheus, such as The Amazing Spider-Man, Brave and Ted, didn’t rack up enough mentions to get onto the list.

Facebook’s list of Most Listened to Songs surprised not in what it included, but in what was left out. Fun’s “We Are Young” topped the chart, followed by Gotye’s “Somebody That I Used to Know” and Carly Rae Jepsen’s inescapable “Call Me Maybe.”

Rihanna would no doubt be shocked that none of her 2012 hits, such as “We Found Love” or “Where Have You Been,” made the list. Taylor Swift failed to connect with any of her hits, such as “We Are Never Ever Getting Back Together.” Katy Perry’s 2010 album Teenage Dream still has steam, but hot songs like “Wide Awake” didn’t appear on the list either.

Finally, on television, Duck Dynasty was at the top of the list, proving that Americans seem to inexplicably be fascinated with a family that became wealthy producing duck calls. Here Comes Honey Boo Boo came in second, Big Bang Theory third, Game of Thrones fourth, and Downton Abbey fifth.

What, no Two and a Half Men, despite the oceans of ink that show has gotten this year? No The X Factor, no American Idol, no The Voice?

It should be noted that as a social networking site, Facebook’s audience skews young, so that similarly skews its year-end ratings.

But uh, young people like Duck Dynasty? That is news.