Savino finds himself in a jam only Mia can fix when he invites a high-roller to gamble at the Savoy. 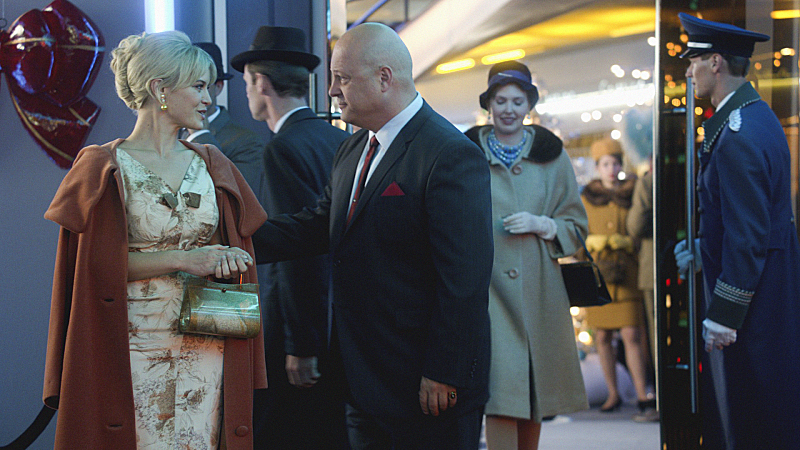 Ralph Lamb (Dennis Quaid) and his brothers investigate the brutal murder of showgirl Audrey Ballard, but this won’t be an easy case. It turns out Audrey didn’t have an easy life, and when she is found strangled, the list of suspects seems to have no end.

First, there is her tyrant show director, who never gets off her back. Next is the father who disowned her. There is also the photographer who took pornographic pictures of her (maybe why her father disowned her) and her secret girlfriend.

Assistant District Attorney Catherine O’Connell (Carrie-Anne Moss) takes this case very personally. When she was younger, her cousin was raped and no one spoke up about it, even Catherine, and the man wound up hurting other people. Trying to make sure history doesn’t repeat itself, Catherine gets way too involved in the case and Ralph has to give her one of his stern eyebrow-raising speeches. It seems to help level her head, but I like it better when they are trying not to flirt with each other. Ralph cares about her, which is why he did it, but he could start taking things to the next level already instead of suppressing all his feelings and hiding behind his gruff exterior.

At the Savoy, Savino (Michael Chiklis) thinks he just struck oil when he convinces wealthy Texas oilman Clay Stinson (David Denman), to play at his casino. He’s hoping that Stinson’s presence will draw in other high-rollers, by proving the Savoy is a contender for high-stakes gambling. However, it does turn out well for him. Stinson immediately wins at Blackjack. And not just a few extra bucks, a million extra bucks. Savino knows that the new hot-headed boss Johnny Rizzo is gonna be just slightly annoyed when he returns from his vacation, so he tries to trick Stinson into gambling back the money.

And this is when it gets all Indecent Proposal on us. The only way Stinson is going to give back the money is to trade it for one night with the sexy Mia Rizzo (Sarah Jones). I wonder if Johnny would be more upset about losing the million dollars or pimping out his daughter?

Savino is a gangster with class and doesn’t even tell Mia about his dilemma or the offer, but she’s a smart one and figures it out. She takes matters into her own hands and winds up winning back the money in a high-stakes game of poker.