Of the Bush daughters, Jenna has always been the overachiever. Not only is she the first of the Bush twins to get married (in 2008), but she’s also the first to give the former U.S. president and Mrs. Bush a grandchild.

What, exactly, do first daughters do when they’re not campaigning for Dad, getting married, and having babies? Jenna is one busy Bush. She currently lives in New York City with her husband, Henry, and their cat, Bernadette, and appears regularly on Today. 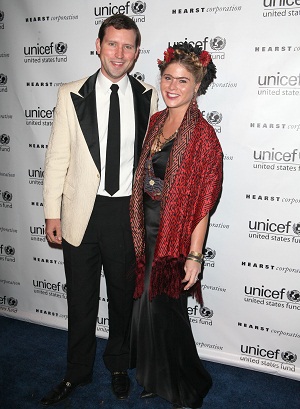 In recent years, she’s also written two books. Her first book, Ana’s story: A Journey of Hope, was released in 2007. A non-fiction title, the book recounts the story of Ana, a 17-year-old mother in Africa who was born with HIV.

Later, Jenna, together with her mother, Laura, put out a book titled, Read All About It! The story follows Tyrone, who likes all things about school, except for reading. Literacy was a major part of the agenda for both first lady Barbara Bush and her daughter-in-law, Laura Bush.

What’s next for Bush-Hager is questionable. She’s a warm and welcomed face on Today. While NBC swears Matt Lauer isn’t on his way out, if/when he leaves, we wouldn’t mind seeing her fill his place. However, according to the Daily Mail, last month Jenna described herself as a “homesick Texan living in New York.”

She clearly loves Texas. She and Henry were married on her family’s estate, known as the “Western White House” during President George W. Bush’s time in office. For hosting a collection of big names, it was still a rather small, country wedding.

But, could she have just been a little homesick for her mom and dad, the now future-grandparents?

We can’t wait to see what’s next for the former first daughter and her family and wish her a happy, healthy pregnancy!