Elin Nordegren kicks off the new year with a new home away from the limelight and the scandal of her ex-husband, Tiger Woods. 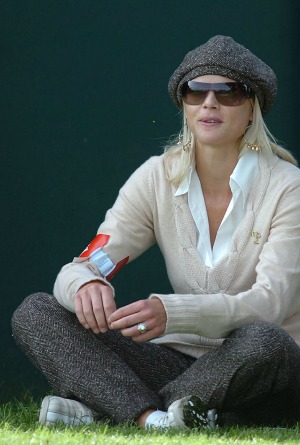 English poet George Hebert said, “Living well is the best revenge,” and apparently he is right, if you look at Elin Nordegren‘s new life.

The ex-wife of famed golfer, Tiger Woods, is nearing completion on her new Florida mansion. The 32-year-old purchased the property in March 2011 after her divorce from Woods was finalized.

The ex-model received $100 million in the divorce settlement from the Masters Tournament winner and she promptly scooped up an envious piece of land to start her life over. The house is located on the waterfront in North Palm Beach.

She paid $12.2 million for the home which had two storeys and over 17,000 square feet. The house was demolished to make way for her dream home. The new place boasts 21,000 square feet plus a spa, an Olympic pool, and several koi ponds, according to Us Weekly.

The Swedish-born blonde has two children with the golfer, daughter Sam, 5, and son Charlie, 3. Their marriage ended in 2010 after Woods’s spectacular fall from grace. He was caught in a cheating scandal that involved women from all over the country and over a dozen women admitted to an affair with her husband, including main mistress, Rachel Uchitel.

The Swede only did one interview with People back in August 2010 telling the magazine about her ex-husband’s affairs, “The word betrayal isn’t strong enough. I felt like my whole world had fallen apart.”

Since then, Nordegren has put the past behind her as she moves towards the future of raising her children and staying out of the limelight.