Charlie Sheen has turned his life around in a very short amount of time, and now it appears he hopes to do the same for others. He sent a (large) check to a police officer he met who was talking about his sick daughter. 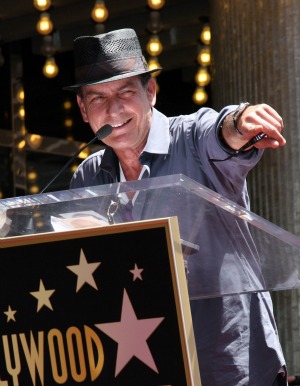 Charlie Sheen is feeling very generous these days. It was recently reported that he gave $100,000 to Lindsay Lohan for her tax problems, and now it looks like he has also donated money to someone maybe a little more deserving than Lohan. The donation went to a sick 10-year-old girl in California.

The disease is a muscle disease that requires long-term treatment. According to TMZ, the actor was speaking with Faulk’s father when he heard about Jasmine and decided to make the donation.

“No parent should have to watch their kid go through that,” he reportedly told Faulk’s father, the day before sending the check.

“We’re told the family is extremely grateful for the donation and is hopeful his actions will inspire others to join the fight against CR,” said TMZ.

Sheen hasn’t made a big deal about the donation and, according to his rep, it’s nothing new for him.

“This is one of many charitable donations that Charlie frequently makes,” Sheen’s rep told EW.

Sheen has made a quick turnaround since his weird behavior regarding Two and a Half Men and is looking like the normal one compared to everyone around him. His ex-wife Brooke Mueller recently entered rehab and, according to E! News, his other ex-wife Denise Richards is currently caring for Mueller and Sheen’s twin boys, Bob and Max.

“This isn’t the first time the boys have stayed with Denise for a length of time,” a source told E! News. “Denise would do anything for those kids.”