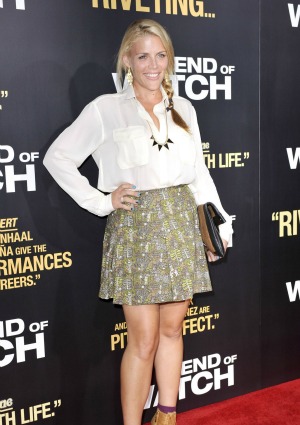 Apparently, Twitter is the only way to announce news these days for celebrities. Hollywood is using the social media platform to let the world know that a baby is born, they hate their ex-husband’s wife, and that they are expecting by showing off a photo of the Clear Blue pregnancy test.

Yes, Cougar Town actress, Busy Philipps did just that on Monday, telling all of her followers that she is expecting her second baby. She accompanied her Tweet, “So this happened…,” with a picture of the test stick.

Is it too much information or is it the perfect way to control the media for a celebrity? Given the reaction from the rest of her followers, it was just perfect.

On Tuesday, she tweeted, “Thanks for all the sweet words and warm wishes today! It’s been really nice to read them! Birdie is, indeed, super excited to be a big sis..”

The 33-year-old has been married to screenwriter Marc Silverstein since 2007. They had their first child, daughter Birdie, four years ago.

It is pretty clear that Philipps takes the role of motherhood very seriously. She told Life & Style in 2008, “I always tell Birdie that I’m so lucky because I have two jobs that I love,” Philipps added. “The first job is being her mother and that’s the most important job.”

She had plenty of practice before she gave birth to her first daughter with her best friend, actress Michelle Williams, naming her godmother to her daughter with the late Heath Ledger. The two co-starred on Dawson’s Creek together back in the ’90s and have been best friends ever since.

It looks like 2013 will be a great year for Philipps since she will have a growing family and her show, Cougar Town, returns to the airwaves on a new network, TBS .