Wanna know how The Walking Dead’s zombie outbreak started? The creator says, “Too bad.” But, he offers up some other outbreak-centered options. 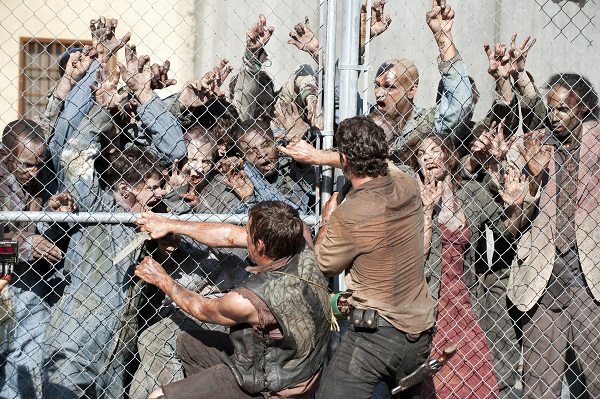 The Walking Dead‘s executive producer, Robert Kirkman, is actually a lot nicer about it than that. But, we imagine he must get tired of hearing how badly viewers want to see scenes from the zombie outbreak and probably wishes he could answer with a little more bite.

“I don’t find that interesting at all,” Kirkman told TVGuide.com. “In zombie fiction, you see the outbreak, you see the first days and the craziness in almost every other story told in this realm. I’m very proud of the fact that, for the most part, The Walking Dead has skipped over that part.” 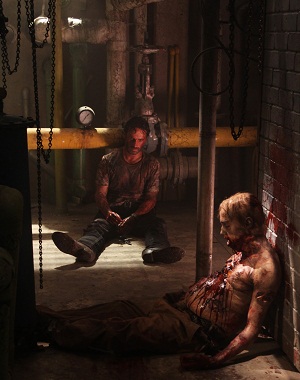 The Walking Dead, now in its third season, has become a breakout sensation for AMC. The show follows the lives of a gang of friends (mostly) and family as they fight to survive during a zombie apocalypse. Viewers have seen faces eaten off, hands sawed off and legless corpses using their arms to crawl around. What they haven’t seen, though, is how it all began.

They’ve actually seen very few early scenes at all. The first scene of the show was pre-zombie outbreak, when Sheriff Rick (Andrew Lincoln) is shot by some car thieves. Later into the series, we’re invited into the madness as Rick’s partner, Shane, helped Rick’s wife, Lori, and son, Carl, pack up and escape the zombies. The Walking Dead prefers to stay in the present, following the rag-tag gang of survivors as they fend off the undead.

While Kirkman (who wrote the comic book on which the series is based) has no plans to ever explore the outbreak, he has a few suggestions for The Walking Dead viewers who are new to the world of zombies and want to know what a zombie outbreak looks like.