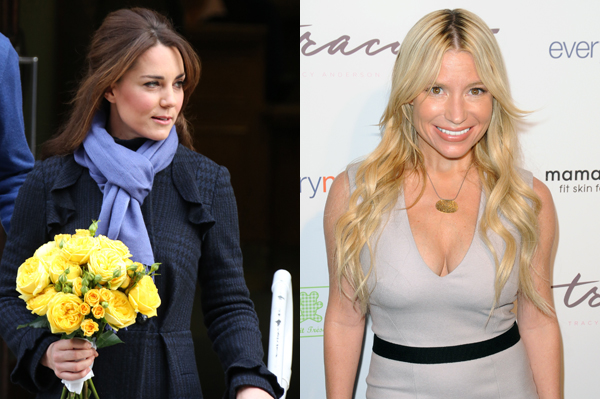 Celebrity trainer — and Gwyneth Paltrow BFF — Tracy Anderson got herself into a bit of trouble earlier this year when she criticized mothers for their pregnancy diets.

“A lot of women use pregnancy as an excuse to let their bodies go, and that’s the worst thing,” she told DuJour magazine in August.

Anderson later apologized for being “misunderstood,” but now she’s wading into the pregnancy talk again — this time about Kate Middleton.

“I think that she looks like a very genetically blessed girl,” Anderson told The New Yorker. “She seems like she’s got a very well-proportioned body already. But I don’t really know, because I’ve never seen her naked.”

As for what she would recommend to the pregnant Catherine?

“I would prescribe my Pregnancy Project DVDs for her,” Anderson said. “You need to work out to be strong, to be connected to your muscles, to have good circulation. It’s irresponsible not to.”

We’re all for staying in shape, but Kate is just starting in her pregnancy. She’s dealing with all the yucky parts that come with making a baby right now, too, so we highly doubt she’s concerned about working out.

Also, Anderson might have a long list of celebrity clientele, but the diets she recommends for women — including this one she purportedly developed for Paltrow — is not good for pregnant women. Or any woman, for that matter.

To be fair, Anderson was asked to comment on it, so she gave an answer. But, let’s give the poor Duchess a break.