If a movie hopes to become a blockbuster, it better have some sort of controversy, scandal and/or juicy gossip leading up to the premiere. The highly anticipated The Hobbit: An Unexpected Journey has had its fair share of pre-premiere gossip and scandal… 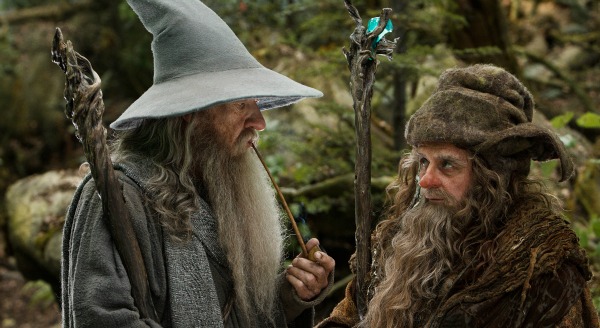 Animal wranglers from The Hobbit trilogy (filmed in New Zealand) have accused the production company of being responsible for 27 animal deaths. Four wranglers who worked on the movies say that the farm where the animals were kept during production was full of dangers and hazards that contributed to the death of more than two dozen animals. Director Peter Jackson adamantly denies the charges, maintaining that animal welfare was a top priority and that many of the animals in the movies are actually computer-generated. A production spokesperson has said that two horse deaths were unavoidable and an investigation is underway to determine if there is any truth to the wrangler’s charges. This could make movie-goers a bit uncomfortable wondering if the animals onscreen are real and, if so, did they meet with an untimely demise?

The Hobbit is the first major film to use 48 frames per second as opposed to the traditional 24 frames per second. Since the movie premiered at the end of November in New Zealand, some movie-goers have complained that the speed and definition of the movie actually made them nauseous. Those who have previewed The Hobbit either loved the technological advancement of 48 frames per second or found it distracting. Either way, any time a production company pilots something new, you can expect that movie audiences will show up in droves to decide for themselves.

For a lot of women, the promise of seeing Orlando Bloom might be the only thing that lures them to The Hobbit. But they will be sorely disappointed, as Orlando does not appear until the third installment of The Hobbit trilogy, There and Back Again. Sorry, ladies, you’re going to have to wait until July 2014.

After dedicating two years to bringing Tolkien’s classic The Hobbit to the movie screen, then-director Guillermo Del Toro bailed. Del Toro blamed “the most difficult decision of his life” on movie delays and the split between now-director Peter Jackson and Del Toro has played out as nothing short of professional and friendly. Of course Hollywood insiders think there is more to the story. Did Del Toro split due to artistic differences? Did he think Jackson was insane for turning a 300-page book into a movie trilogy? Will Del Toro gloat if The Hobbit doesn’t receive any Oscar nods? Only time will tell.