While millions eagerly anticipate the upcoming release of The Hobbit, millions of us just don’t get it. We haven’t read the book and we have the impression that this story only appeals to nerds and shut-ins. That is simply not true! (Okay, it’s not entirely true). Here are all your questions answered. 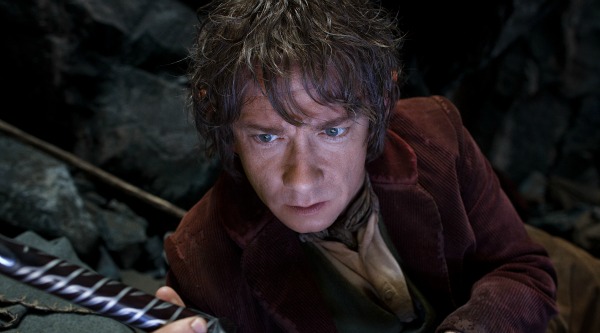 Who is Martin Freeman?

With the success of The Lord of the Rings (The Hobbit trilogy is the prequel), you would think director Peter Jackson would have picked a household name to play the lead role. Instead he chose Martin Freeman to play Bilbo Baggins. Freeman is known for his role in the BBC version of The Office, for playing Dr Watson in Sherlock and for his part in our favorite Christmas movie, Love Actually. Jackson felt so strongly about Freeman playing the role of the hobbit, that he worked around Freeman’s Sherlock schedule. He does sort of make the perfect hobbit, wouldn’t you say? Early reviews of The Hobbit: An Unexpected Journey claim the movie has a comedic element to it, which Freeman is a proven fit for.

So, why is The Hobbit a big deal?

Good question. To understand it, you need to remember that The Hobbit actually reads more like children’s literature. So if you didn’t read this in junior high, you missed it. For some of us it is the equivalent of a Judy Blume book, or The Lion, The Witch and The Wardrobe or James and the Giant Peach. Anytime a childhood classic is turned into an epic movie series, people go a little crazy wondering how their mental version of a beloved story will compare with the cinematic version.

What’s with that creepy Gollum dude?

With his freakishly huge eyes, hairless body and spooky language patterns, Gollum is the sort of creature that will haunt us for many nights to come. Gollum is just one of the strange beasts in this creature feature. There are also trolls, dragons, giant spiders, goblins and elves. This is all part of The Hobbit’s appeal — adventure, fantasy and Middle-Earth-like creatures.

Will my life have more meaning and purpose if I go see the movie?

That’s hard to say. Reviews of early screenings have been mixed — fans seem to love it but critics feel it is too long and doesn’t measure up to The Lord of the Rings. Some love the 3D high definition 48 frames per second rather than the traditional 24 frames per second. It made other movie-goers sick to their stomachs. A point that all seem to agree on is to read the book first. It is richer in detail and director Peter Jackson made three movies out of one book, so content has been added to accomplish this goal.