Wanna see Jana Kramer live? The year 2013 might be your lucky one!

Jana Kramer shared that her 2013 plans include two tours.

“We have two really great tours lined up that I can’t talk about, unfortunately,” Kramer lamented. “But I promise it’s awesome”

Hopefully, during her busy 2013, she’ll also find time to make it up to Tampa, Florida. Last week, Kramer was so sick with the flu, she was taken to the hospital in West Palm Beach, Florida, and forced to cancel the next night’s concert in Tampa.

The details on her new tours are still top secret, but here’s hoping she finds time to reschedule Tampa and that she comes to a town near you.

The year 2012 was an insanely busy and incredibly successful one for Kramer. She was part of the ACAs’ “new voices” showcase. Now she also holds the title of highest-ranking debut by a female artist for her new, self-titled album featuring her hit song, “Why You Wanna.”

“Just to be positive and happy,” she said.

Don’t expect her back on your television screen anytime soon, either. With two tours and her album continuing to find its way onto radio airwaves, music is her priority. With tour twos ahead, when would 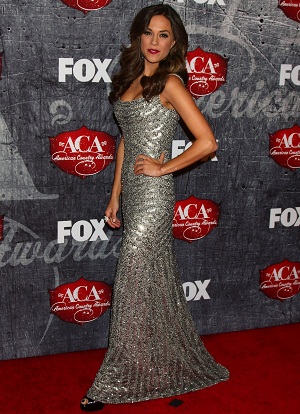 she even find time to be on a set?

Jana Kramer is a girl full of surprises. She was born in Detroit, which would make her seem more suited for rap battles with Eminem than for releasing a chart-topping country album.

The fact that she released an album at all seemed pretty surprising at first, too, considering Kramer first made a name for herself in Hollywood, not Nashville, and as an actress, not a singer. Despite starring in a couple films, Kramer was best known for her role as Alexa Dupre on One Tree Hill. That is, until she released her first single.

There’s no going back now, though. With three ACA nominations under her belt, there’s no way Nashville will relinquish her.