We’ve seen it time and time again: yet another celeb couple bites the dust after a scandalous affair. So, what’s it going to take to stop the celeb cheating epidemic? Here are three reasons why cheaters never prosper.

They live their lives in the spotlight. Their every move is tweeted about, photographed and broadcast worldwide. So how exactly do celebrities, politicians and other public figures expect to get away with cheating on their significant others? 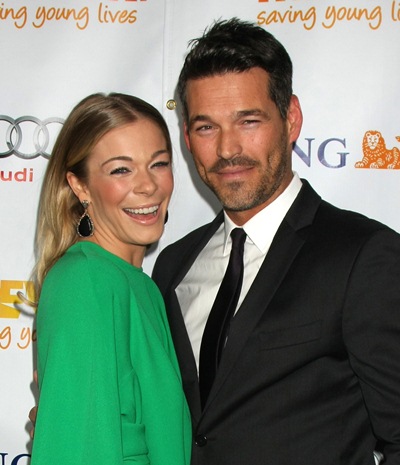 For starters, they don’t exactly live what most of us would call a “normal” lifestyle. Most celebrities and public figures spend more time on the set than they do with their spouses. Take, for example, LeAnn Rimes and current husband Eddie Cibrian, whose infamous 2009 affair began on the set of their Lifetime movie, Northern Lights. The aftermath? Two divorces, a new marriage, many tears and plenty of smack-talking.

Rimes recently spoke out about the affair in an interview with E!’s Giuliana Rancic. When asked why she and Cibrian acted on their feelings while still married, LeAnn broke down while explaining that neither she nor Cibrian wanted to hurt anyone in the process.

“But… I don’t think anything can separate anything that’s super-connected,” she said. “You might have had so many wonderful things with each other’s spouses in your relationship, but something along the way broke that. You can’t break what’s broken already.”

Broken or not, sneaking around didn’t exactly help the situation. Which brings us to our first reason why cheating is never a good idea — especially when you’re living your life in the glare of the Hollywood spotlight.

It’s just about impossible to sneak around

Remember when the LeAnn/Eddie affair rumors began circulating in early 2009? The duo was seen holding hands and kissing during a date at Mosun and Club M in Laguna Beach, California. Yeah, probably not the brightest idea when you’re attempting to be discreet. And, when you’re LeAnn Rimes, there’s a good chance you’re going to be recognized. Especially when you’re seated in the middle of a public dining room, inches away from the table next to you. Just sayin’.

There’s bound to be a photo

In the case of LeAnn and Eddie, a security camera caught the pair walking in to the restaurant and getting cozy inside. We’re talking holding hands, kissing, and yes, even sucking on each other’s fingers. All caught on video. Yep, discretion at its finest.

Another Hollywood couple that knows way too much about the power of a photo? Twi-hards know them as Bella and Edward, aka Kristen Stewart and Robert Pattinson, stars of the Twilight series. Kristen was caught cheating on Rob with director Rupert Sanders. The news broke when Us Weekly announced they had incriminating photos of the couple together, kissing in a parked car. Unfortunately for disappointed Twilight fans, photos don’t lie, and K-Stew quickly issued a statement apologizing for her actions.

The truth always comes out

Unlike Kristen, many celebs, athletes and politicians will deny, deny, deny. But in the end, the truth always gets out.

Case in point: Former President Bill Clinton adamantly denied an extramarital affair (will we ever forget those famous words, “I did not have sexual relations with that woman”) before admitting in a taped grand jury testimony that his relationship with Monica Lewinsky was, in fact, “not appropriate.”

The truth can also come out in other ways — even in the form of a love child. Arnold Schwarzenegger knows that all too well, after admitting to cheating on Maria Shriver with their housekeeper, Mildred Baena, and fathering a son. Schwarzenegger says he didn’t even know the boy was his until he turned 7 or 8 years old and started looking like him.

“…That’s when I kind of got it. I put things together,” he told Leslie Stahl in an interview for 60 Minutes.

Moral of the story: Unless you want your relationship to end like a bad episode of Cheaters, stop taking the easy way out. Break up, get a divorce and move on.