The ACA co-hosts took to Twitter to have their fans vote. It turns out, both sides were Trace Adkins fans. 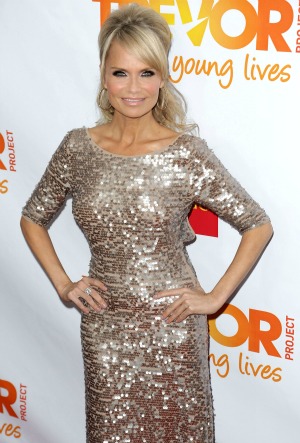 American Country Awards hosts Kristin Chenoweth and Trace Adkins started a Twitter war Monday night when they had fans tweet which of the co-hosts they’d rather see as a Santa, and which they’d prefer to see as an elf. The directions given were to tweet to #KristinSanta or #TraceSanta, depending who they’d like to see wear the Santa suit.

Trace Adkins’ tweets were mostly about how they’d like to see him as Santa. And some of the messages became a little graphic.

The sentiment was far from original though, as many women came up with the same idea during the contest.

Other Adkins fans were a little less direct. They still thought he would make a great Santa, but they would be okay with him dressing either way.

@Cortney_LaShae tweeted, “#tracesanta although a giant elf would be awesome (:”

That sentiment made up a large part of the comments about Chenoweth, but most of the rest were Trace Adkins-related as well.

“@acainsider Kristin would make an adorable elf but I’m up for a good laugh! #KristinSanta,” said @Blon_D81.

Other fans chimed in but felt that the hosts were both good enough to be happy either way.

In the end, the Kristin Chenoweth fans won, and she ended up dressing as Santa. But really, they were less Chenoweth fans and more Trace Adkins-as-an-elf fans, because it seemed to be all about what he would wear. And the country singer did end up wearing tights.