Charlie Sheen tried to help Lindsay Lohan out of trouble recently, but there is no sign she is using that help. Sheen said she never even said thank you for the reported $100,000. 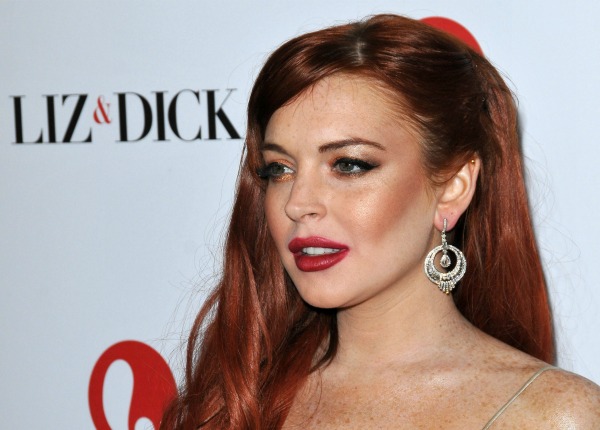 Lindsay Lohan and Charlie Sheen have a lot in common. They both consider themselves misunderstood, and that attitude has cost them. For Charlie Sheen, it was his job on Two and a Half Men. For Lohan, it was multiple things, including her freedom. So when they met on the set of Scary Movie 5, they really hit it off.

It hit the media recently that Lohan owes hundreds of thousands of dollars in back taxes, and Sheen took that opportunity to help out a friend. He sent her a check for a reported $100,000 to help cover the $233,000 bill. But apparently Lohan didn’t appreciate it.

“I’m still waiting for a text to say ‘thank you,’” Sheen told Entertainment Tonight recently. “Anything, you know?”

ABC News got ahold of a rep for Sheen who confirmed he did in fact give the actress money to help her out, but wouldn’t say how much it was for.

“Sheen, no stranger to trouble, said he wished ‘the best’ for Lohan, adding that she’s ‘a very good and decent young lady that is just going through a lot,’” said ABC News.

The actor laughed during the interview though, and doesn’t really seem upset he hasn’t gotten as much as a thank you. But he’s obviously still thinking about it.

“She just needs a little bit of time,” he told ET, according to ABC. “People need to give her time to get her s*** together.”

Just last week, the IRS reportedly seized Lohan’s bank account for the failure to pay the remainder of the unpaid tax bills. But the actress doesn’t seem upset in the slightest.

She may have reached full groupie status at this point, and here’s to hoping she isn’t paying for the dates with Sheen’s money.