Latina singer Jenni Rivera was killed along with six others when her private plane crashed in Mexico, the National Transportation Safety Board has confirmed. 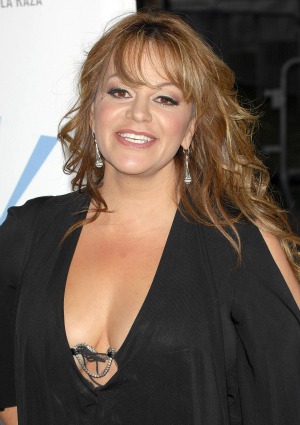 Jenni Rivera has been officially confirmed dead after her plane went down in northern Mexico.

The National Transportation Safety Board, who traveled to Mexico to assist with the investigation, confirmed the news.

“On Dec. 9, 2012 at about 3:30 a.m. local time, the airplane crashed about 70 miles south of Monterrey, Mexico, due to unknown circumstances while en route to Mexico City, Mexico. All seven persons on board were fatally injured including Latin singer Jenni Rivera,” the NTSB said in a statement.

Rivera’s partially burned and melted driver’s license was found in the wreckage.

Earlier Monday the Mexican Transportation and Communications Minister Gerardo Ruiz Esparza told reporters “There is nothing recognizable, neither material nor human” in the wreckage, and that the plane and its contents “are scattered over an area of 250 to 300 meters. It is almost unrecognizable.”

The singer’s father, Pedro Rivera, spoke to reporters gathered outside his Los Angeles home, saying, “My son Lupillo told me that effectively it was Jenni’s plane that crashed and that everyone onboard died.”

“I believe my daughter’s body is unrecognizable.”

Her brother Pedro Rivera Jr. added, “Life is like that. We live and we die. We may be sad, but when God has the last word for all of us in our last days, it’s time to go. And this was the way Jenni had to go.”

Rivera was heading to Mexico City early Sunday morning after a concert in Monterrey when air traffic controllers lost contact with her plane 60 miles after takeoff.