Tom Cruise loves being a hero. Even when playing an average Joe, he carries the weight of the world. In the first trailer for Oblivion, Cruise takes on a futuristic Earth and its unsavory inhabitants. 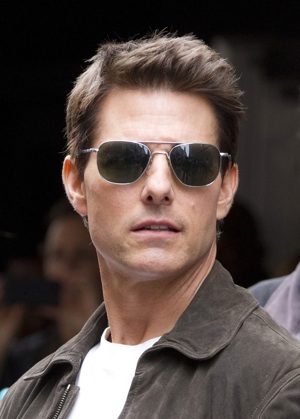 Tom Cruise is returning to familiar territory. Once again, the actor’s tackling sci-fi in the upcoming Oblivion. Directed by Joseph Kosinski (Tron: Legacy), the film adds a twist to a classic tale.

In Oblivion, the Earth we know and love is no more. Jack Harper (Cruise) is one of the few humans who dares to touch its surface. According to him, “60 years ago, Earth was attacked; we won the war but they destroyed half the planet.” Who is this “they” he’s referring to? We suspect aliens.

Harper does drone repair. He’s part of a mop-up crew. During one of his routine missions, something goes terribly wrong. He’s captured and encounters the mysterious Malcolm Beech (Morgan Freeman). Harper quickly learns that he’s not alone and Earth isn’t as barren as he thought.

The discovery causes him to question everything he’s been told. The answers from his past will undoubtedly change his future.

Oblivion co-stars Olga Kurylenko, Nikolaj Coster-Waldau, Zoe Bell and Melissa Leo. The film is produced by Peter Chernin and Dylan Clark, who previously worked on Rise of the Planet of the Apes.

Here’s your first look at Oblivion:

What do you think of Cruise’s latest film?