Yoko Ono broke up the Beatles, or so the old saw goes. Whether you believe it or not, seems Taylor Swift’s girl-friendliness with One Direction’s Harry Styles is causing similar tension. 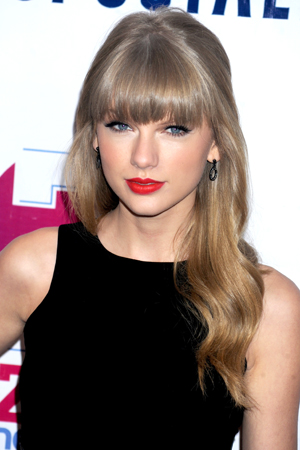 Taylor Swift has Harry Styles‘ attention, and his One Direction bandmates aren’t happy about it.

UK newspaper The Sun reported that tensions “reached a boiling point” this weekend, when One Direction had to fly from New York to perform at the Jingle Bell Ball in London.

Styles went on Swift’s private jet, while the rest of his bandmates had to fight through rabid fans to get to their plane. The Sun reported that Liam Payne suffered “painful injuries.”

“There was loads of room for the rest of the band in Taylor’s luxury jet but he didn’t even suggest they [travel] together,” a source told The Sun.

“It’s really not far off from the Yoko situation,” said the source.

The New York Daily News reported that the rest of One Direction took a “commercial flight.” We hope they were at least in first class! It would be awfully hard to sing next to a guy who let you sit for eight hours with someone else’s seat back jammed up your trachea when you could have been lounging on a private jet.

Would this be the same private jet that Us Weekly reported Swift used in August of 2012 to ferry then-main squeeze Conor Kennedy from the Kennedy family compound in Hyannis Port to Nashville, Swift’s hometown? It was for a little get-together because she missed him so much after being separated for just over a week.

The Sun also reported that Styles secretly spirited Swift into a private VIP area at the Jingle Ball, because “It’s probably best his bandmates don’t have much contact with her.”

As a source said, “Her presence has stirred tensions in the band as Harry’s now spending most of his time with her.”

Wondering who Yoko Ono is? She’s an avant-garde artist who Beatles guitarist John Lennon started dating at around the time of the band’s breakup in 1970. Though lead singer Paul McCartney has since claimed the Beatles were already breaking up by the time Ono came around, she was widely blamed for the breakup of perhaps the most popular rock band in history.