Latina singing sensation Jenni Rivera is presumed dead after her plane crashed, taking the lives of all onboard, and her Hollywood friends are in mourning. 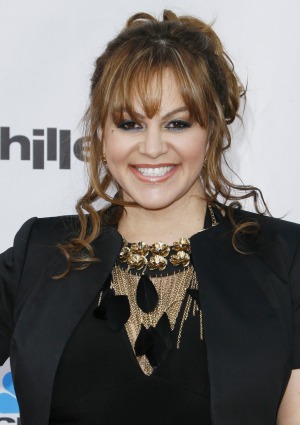 Mexican-American singer and reality star Jenni Rivera is presumed dead after a plane carrying her and six others crashed in Mexico. Although her body has not been officially identified, authorities confirm there are no survivors.

The star touched the lives of many, including lots of celebs who join her fans in mourning her today. Here’s what they had to say on Twitter:

Eva Longoria: “My heart breaks for the loss of Jenni Rivera & everyone on the plane. My prayers go out to her family. We lost a legend today.”

Raquel Cordova: “I am speechless to the loss of @jennirivera, I will FOREVER be grateful for the opportunity I had to know her & work with her! #CRUSHED”

Pitbull: “I highly respected #JenniRivera 4 being a gr8 performer but more then tht being real & gr8 example 4 us all que dios la bendiga &may she RIP”

Gloria Estefan: “Our deepest sympathy to the family & fans of @jennirivera & those that accompanied her on what was to be her last voyage. Rest in peace…”

Francia Raisa: “Just found out the horrible news. My prayers and condolences go out to @jennirivera family and everyone else on the plane.”

Kat DeLuna: “Let’s pray for @jennirivera and for the ones that were on her plane. God please give her family strength during this moment.”

Adrienne Bailon: “Praying for Jenni Rivera and her family.”

The 43-year-old might not have been a mainstream household name, but Rivera enjoyed huge success in the Latino music community, selling over 20 million albums and earning multiple Grammy nominations.