Real Housewives of Beverly Hills star Brandi Glanville will undergo surgery on Wednesday to have a benign breast tumor that is making her ill removed. 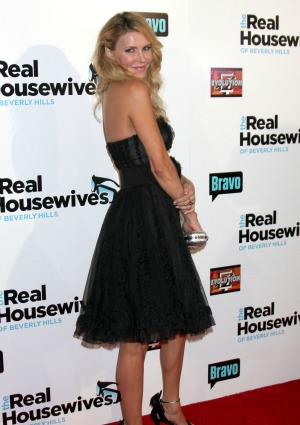 The Real Housewives of Beverly Hills star Brandi Glanville revealed to her Twitter followers last Thursday that she would undergo surgery later this week to remove a tumor in her breast.

She tweeted, “Its not the big C’please dont worry, its just some n’lame thats been making me ill.”

The good news is that the tumor is benign and the reality star will undergo surgery on Wednesday, Dec. 12. Glanville had been feeling ill for months, so she was relieved to get a diagnosis.

She told In Touch, “I’m anxious about the recovery, but have great friends who will be playing nurse. I’m ready to get it over with and feel better.”

This year has been challenging for the single mother, who continues to battle her ex-husband Eddie Cibrian and his wife, LeAnn Rimes, in the press over parenting issues. The battle raged on last week as Glanville aired her gripes to Us Weekly, Cibrian sent over emails to Radar, and Rimes took her story to E! News.

Although the trio swear they don’t want to air their dirty laundry to the public, there seems to be no end to their press tour.

In fact, Glanville tweeted after Rimes’ special aired on the entertainment network on Sunday. She said, “My kids can be on a E news special apparently but not in the back ground of the show I am on? Amazing!”

While the country singer hasn’t responded to her husband’s ex, it is clear that the battle lines have been drawn and no one is going down without an epic fight in the media and on Twitter.