Demi Moore finds herself single again after her 26-year-old boy toy, Vito Schnabel, decides to focus on business, not pleasure. 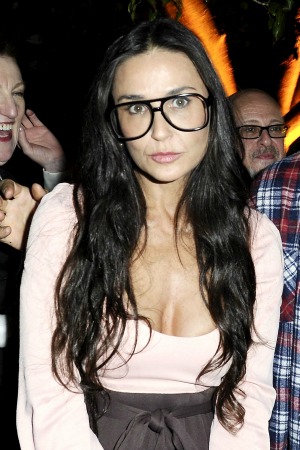 Well, that was certainly quick.

Just as SheKnows wrote about Demi Moore’s May-December romance with Vito Schnabel, the romance is reportedly over.

According to the New York Post, it was Schnabel who ended the affair. Moore had been spending some time in Miami for Art Basel. The media made a huge deal of her odd dancing with singer Lenny Kravitz while in South Florida. There were also numerous reports of Moore and the art dealer making out away from the prying paparazzi’s eyes.

A source for the N.Y. Post‘s “Page Six” said, “Vito has worked very hard to be taken seriously in the art business, and doesn’t want to be seen as somebody who dates celebrities. He hated having photographers follow him around after word got out about him and Demi.”

While Moore is no stranger to the paparazzi and younger men, it seems that Schnabel really wanted to focus on business while the actress was focused on having fun. She is still recovering from a rough year after splitting with her husband, Ashton Kutcher, an overdose, and a stay in rehab.

The source goes on to say, “And Vito wasn’t too happy that Demi flew down to party at Art Basel while he was working to build his business. It was a distraction he didn’t need while all the big collectors were in town.”

Moore was seen partying all over town, including her night with Kravitz and another evening at the Fontainebleau Hotel with George Clooney‘s girlfriend, Stacy Keibler, and at the Rec Room with a group of male friends. Her late nights have led many to speculate that the actress has fallen off the sobriety bandwagon.

The actress and the 26-year-old originally met at a party thrown by Naomi Campbell in Jodhpur, India, in November.