You read that right: Kristen Stewart is set to star in a comedy. 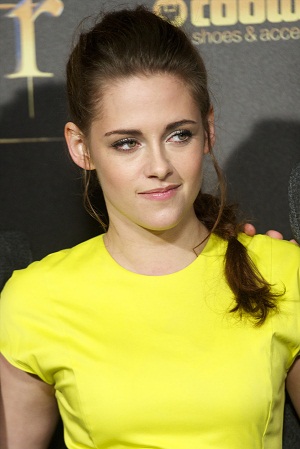 Now that her time spent as Bella Swan in The Twilight Saga is officially over, Kristen Stewart‘s datebook is wide open. Or at least it is until April, when she begins filming her newest movie, Focus. She’ll co-star with Ben Affleck.

“I can confirm that rumor,” she said, speaking of the recent rumors about her next role. “It’s a comedy. I’m really excited about it. We start shooting in April.”

“Focus” is a comedy about a young con artist (Stewart) who begins working with a more experienced person in her trait (Affleck). The movie is written and will be directed by Glenn Ficarra and John Requa. The two also worked together on Crazy, Stupid, Love, starring Ryan Gosling and Steve Carell.

While it hasn’t been yet confirmed, some reports claim the movie will require Stewart and Affleck to engage in some sexy moments together. While that will be interesting, it could also be super awkward — Kristen is 22 and Affleck is 40.

This won’t be Stewart’s first comedy, but it will be her first in a relatively long time. Aside from spending the past few years serving as Bella Swan in the romantic and very dramatic Twilight Saga, Stewart has wracked up a few lighter films, too.

She also starred in Adventureland, alongside Jesse Eisenberg, and 2010’s The Runaways, in which she played Joan Jett. She also played Snow White in the gothed-out version of the fairy tale, Snow White and the Huntsman. Of course, Stewart also got her start as a little girl in the terrifyingly good Panic Room.

It’s been quite a while since Kristen Stewart was paid to smile. We’re interested to see if hell will freeze over in April, and just how painful she’ll make smiling look.