Toni Braxton was admitted to the hospital late last week. Her year started off with Lupus-related health issues and it looks as though it will end with more. 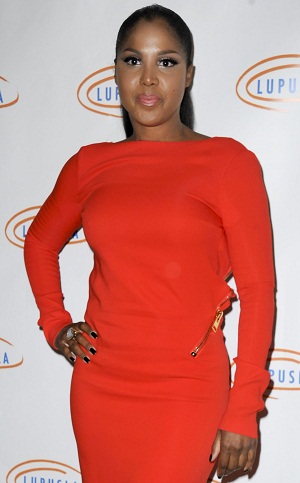 It’s been a rough year for R&B singer Toni Braxton. Aside from recently being accused of bankruptcy-related fraud, Braxton also has been living with Lupus for the past two years.

She was admitted to the hospital over the weekend after suffering complications with the disease. Braxton did not report what those complications are, and neither did her spokesperson.

On Friday, she tweeted to her fans that she was in the hospital, then added, “But no worries! I will be out any day now.”

Lupus is a chronic autoimmune disease during which a healthy immune system becomes overzealous and attacks healthy cells. While many people live long and relatively healthy lives with Lupus, that’s not always the case. Fox News reports that Braxton’s uncle died from Lupus complications.

This only adds to an already rough year for the singer. She began 2012 with another hospital visit because of more Lupus-related complications.

Then, later in the year, Braxton was investigated after being accused of making a fraudulent money transfer to her estranged husband, Keri Lewis. Braxton filed for bankruptcy in 2010. It’s rumored that she transferred $53,000 to avoid having it seized to pay back debt during the bankruptcy process. Braxton, who flew to the top of the charts in the 1990s with her single “Un-Break My Heart,” is believed to owe $10 million to $15 million worth of debt.

The singer claimed the debt was related to her Lupus and medical treatment. It’s possible. Do record companies offer health insurance to their performers?

Oprah may have other suspicions about that massive amount of debt. It could have more to do with her expensive taste. According to their 1998 interview, which Braxton cited during her taping of VH1’s Behind the Music, Braxton’s such a big spender — even Oprah seemed concerned.

Whether that debt was accumulated because of Braxton’s taste for super-expensive tableware, her health issues, or other celebrity necessities, we may never know.

We wish Braxton a speedy recovery to both her health and her career.