Gerard Butler may have been playing for keeps this weekend, but the box office numbers are showing Bond isn’t playing around. Reclaiming the top seat this week, Skyfall proves it’s not done just yet. 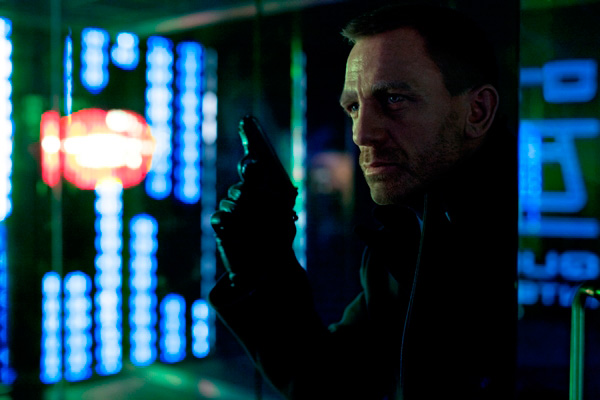 Skyfall won’t stop now. It’s going to take more than five weeks to break Daniel Craig and the latest Bond endeavor. But what more would you expect from the highly skilled secret agent? Skyfall fought back to the top this weekend, scoring $11 million at the box office.

Rise of the Guardians

The vampires seem to be losing traction with the coming holiday season, dropping down a spot since last week. Breaking Dawn — Part 2, starring Kristen Stewart and Robert Pattinson, managed $9.2 million to round out the weekend.

Staying put at No. 4 was the dramatic biopic, Lincoln, featuring Daniel Day-Lewis and Tommy Lee Jones. The film maxed out at $9.1 million, bringing its cumulative five-week total to $97 million. Perhaps we should consider putting Abe’s face on a bigger bill!

The Life of Pi

The Life of Pi, inspired by the Yann Martel novel, maintained its No. 5 spot from last week, coming in with $8.3 million. If you enjoy a good spiritual adventure, you’ll love this. The film chronicles a hearty survival journey and the birth of the most unlikely of friendships.

Gerard Butler and Playing For Keeps were looking to score some major points in their debut weekend, but the numbers didn’t quite add up. Coming in at No. 6 with $6 million, Playing For Keeps stars a family-oriented Butler on a mission to win back the love of his son and maybe even his former wife (Jessica Biel) through his skills with a soccer ball.

Disney and Pixar’s Wreck It-Ralph fell down a seat to No. 7 this weekend, earning some $4.9 million. Wreck-It Ralph is a funny family flick cast in a video game world and featuring the voice of John C. Reilly.

Red Dawn stayed right at No. 8 — again. The revamped plot from the cult classic features an all-new cast that includes Chris Hemsworth. The film has only managed some $37 million in its first three weeks, proving that maybe Hemsworth should just stick to his adventures as Thor.

Flight held its own near the top for quite a while, but it couldn’t soar past No. 9 for the second week in a row.

Killing Them Softly was the real dud of the weekend, featuring Brad Pitt as a violent Mafia fixer on a mission to track down valuable assets and the goons that thought they could get away with a makeshift heist. I know they say you can’t judge a book by its cover, but the preview for this flick seemed to show a bit more promise than a $2.7 million weekend.