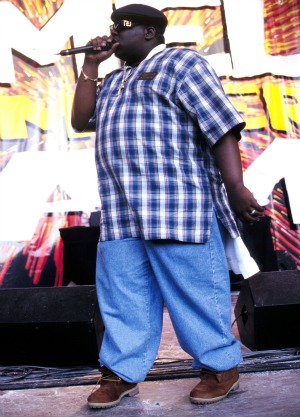 One of the most mysterious deaths in rap history belongs to The Notorious B.I.G. On Friday, another chapter in the criminal saga was launched as the rapper’s 23-page autopsy report was released by the Los Angeles County Coroner.

The Notorious B.I.G., also known as “Biggie Smalls,” died in March 1997 after being gunned down in front of the Petersen Automotive Museum in Los Angeles. The music superstar was in the front passenger seat of a Chevrolet Suburban SUV.

The drive-by shooting occurred 15 years ago and the case has never been solved. There have been conspiracy theories surrounding his murder floating around for years, but Friday’s autopsy report shed some light on the wounds that killed him.

The rapper was shot three times without a fatal wound. One shot hit his left forearm, finally resting in his wrist; another shot entered his left thigh and traveled to his inner thigh and scrotum; and a third shot hit him in the back, exiting through his left shoulder.

It was a fourth shot that turned out to be the fatal one. That bullet entered his right hip, where it hit vital organs from the colon to his liver, heart and lung. It settled in his left shoulder.

He was a taken to Cedars-Sinai Medical Center, where he underwent emergency surgery, but he did not survive his wounds.

Other notes from the report reveal that he had a tattoo on his forearm that read, “The Lord is My Light and My Salvation…” He was morbidly obese at 395 pounds, and his system was free from alcohol and drugs. He also was delivered to the hospital in full cardiac arrest, so his condition was critical.

The Brooklyn-raised music star was 24-years-old at the time of his death.

Back in 1997, his death rocked the music industry after losing West Coast rapper Tupac Shakur to a shooting in Las Vegas only months before Biggie’s untimely death. These slayings were often blamed on the East Coast versus West Coast rap rivalry that went on for years. The hottest music labels at the time were Bad Boy Entertainment in New York and Death Row Records in Los Angeles, and they encouraged rivalries.

LAPD and FBI investigations took the search for both rappers’ killers all across the U.S., but no one was ever charged with either murder.

Biggie Smalls’ family did file a federal lawsuit against the city of Los Angeles when they discovered the city had withheld evidence in the case. In 2005, the court case ended in a mistrial and the family eventually dismissed the case in 2010.

The autopsy report was finally released after years of being sealed at the request of detectives covering the case.