The girls from CBS’ 2 Broke Girls see their big dreams come true: It’s the grand opening of their cupcake shop! But do they need another business partner? 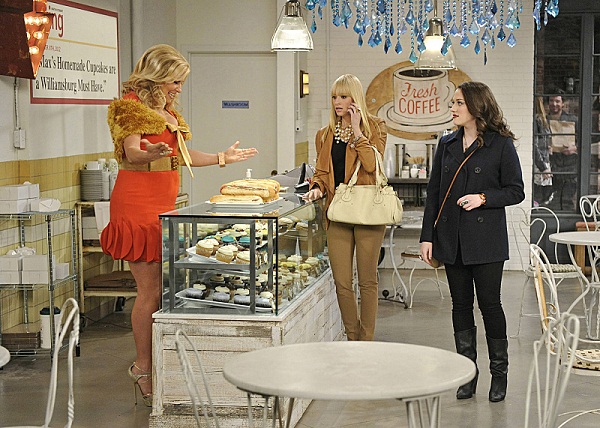 Sometimes a little crass, sometimes very crass, but always 100 percent funny: 2 Broke Girls is better than any other show out there at sarcasm and inappropriate jokes. Despite Max (Kat Dennings) not being at all goal-oriented or Caroline (Beth Behrs) not having an ounce of street smarts, and both girls coming from two entirely different worlds, the two somehow have not only managed to become friends but also business partners.

After two seasons of saving up to open a cupcake shop, the girls finally see it realized. During Monday night’s double episodes, we’ll first see the grand opening of the cupcake shop, followed by Kat’s attempts to cheer up a disappointed Sophie (Jennifer Coolidge) by asking if she wants to be a silent partner. While having the extra monetary help would be nice, Caroline and Sophia do not see eye-to-eye.

Is it too late to back out of mixing business with pleasure? 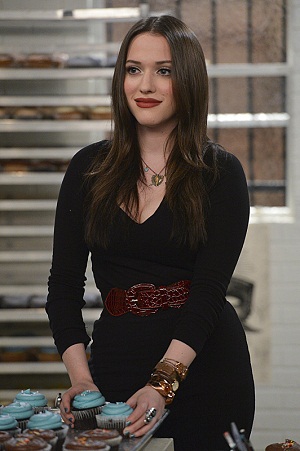 Meanwhile, at the shop’s opening, Max decides to have a little fun. Over the years, she’s dated some guys who have really hurt her and made her feel like she wasn’t important. Now that she’s the owner of a (hopefully) successful business, she tries to show off just how far she’s come by inviting her exes to the grand opening.

What could possibly go wrong? With Max involved, probably anything and everything.

2 Broke Girls has spent the last two seasons building up a business and a friendship. When Caroline Channing’s insanely rich father is arrested, her family loses everything and the princess becomes a pauper. When she picks up a job waitressing at a rundown diner in Williamsburg, she meets Max. Despite their completely opposite personalities and priorities, Max invited Caroline to live with her.

Miraculously, instead of having a horrible roommate situation, the two become unlikely best friends. Mix in the strangely wonderful cast of fellow diner employees and the quirky, sexed-up neighbor who lives above them, and Caroline and Max soon have an adopted family.

When Max is stressed or depressed, she makes cupcakes. When Caroline tries one, she knows they’ve struck gold. She uses her fancy education and contagious excitement to help Max make a name for herself (and her cupcakes).

With Max’s talent and Caroline’s enthusiasm, it was only a matter of time before Max’s Homemade Cupcakes became a real thing.