A nurse swept up in the Kate Middleton radio hoax has been found dead in an apparent suicide, leaving her colleagues and the royal couple in shock. 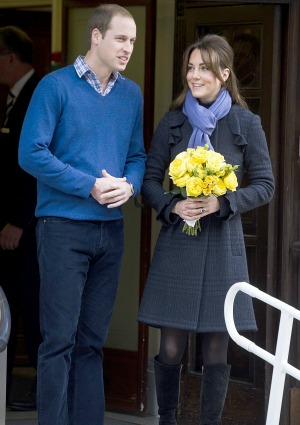 A nurse who was the victim of a prank call intended to suss out personal the medical details of a pregnant Kate Middleton has been found dead just two days after the hoax was revealed.

The body of Jacintha Saldanha, who was working the switchboard when the call from an Australian radio duo pretending to be Queen Elizabeth and Prince Charles came in, was found in a flat just yards from King Edward VII Hospital.

“Police were called at approximately 9:25 a.m. on Friday, Dec. 7, to a report of a woman found unconscious [at] an address in Weymouth Street, W1. London Ambulance Service attended and the woman was pronounced dead at the scene,” a police spokesperson told the Daily Mail. “Inquiries are continuing to establish the circumstances of the incident. The death is not being treated as suspicious at this stage.”

Earlier this week, an Australian radio duo called the hospital, pretending to be the Queen and Prince Charles, and tricked Saldanha into connecting them to Kate’s ward, where another nurse divulged personal details about the Duchess of Cambridge, her pregnancy, and her medical condition. Saldanha is not believed to have been under any disciplinary measures by the hospital.

Will and Kate expressed their dismay at the news, saying in a statement to the press, “The Duke and Duchess of Cambridge are deeply saddened to learn of the death of Jacintha Saldanha. Their Royal Highnesses were looked after so wonderfully well at all times by everybody at King Edward VII Hospital, and their thoughts and prayers are with Jacintha Saldanha’s family, friends and colleagues at this very sad time.”

The hospital said of the married mother of two, “Jacintha has worked at the King Edward VII’s Hospital for more than four years. She was an excellent nurse and well-respected and popular with all of her colleagues.”

“We can confirm that Jacintha was recently the victim of a hoax call to the hospital. The hospital had been supporting her throughout this difficult time. Our thoughts and deepest sympathies at this time are with her family and friends. Everyone is shocked by the loss of a much loved and valued colleague.”

Earlier today the radio hosts were still bragging about their trickery on Twitter; however both feeds have since been deleted.