The AC-whats, you ask? The ACAs, or the American Country Awards, is fourth in the lineup of country music award shows, celebrating its fourth year in Las Vegas. Before you roll your eyes and dismiss this as yet another “let’s tell each other how wonderful we are” celebrity awards show, there are a few things you need to know… 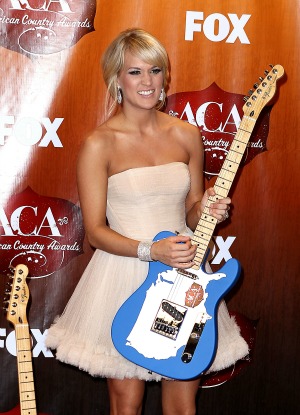 Perhaps you think the market is already flooded with award shows for people who are good at what they do, but at the end of the day, they’re not exactly saving lives or curing world hunger. And you’d be right. The ACAs is a bit of an exception, however, because it is one of two country music awards shows that allow the fans to decide (the County Music Television awards are also voted on by the fans, but those awards are almost entirely for country music videos). The ACAs a bit like a star-studded American Idol for country music. Award shows where the consumers/fans decide are a bit more fun, because that typically means we have a dog in the race and someone to root for.

And by unique categories, we don’t mean “Best person to pick brown M&Ms out of the bowl for country music’s biggest diva.” You have to admit, some of the award categories can get a little far-fetched at times. While there is a lot of crossover between the ACA and CMA categories, ACA kicked it up a notch and threw in “Touring Artist of the Year.” There is probably more than one country music artist who works their tail off on tour and thinks recognition of this kind is long overdue.

A return to the Taylor Swift Show

There is one thing notably absent from the ACAs — drama. You decide whether or not that’s a good thing. One could argue that the ACAs is still a baby award show and hasn’t found its legs in the drama department. But where we can usually count on other award shows to bring us misbehaved celebrities, the ACAs to date have been pretty tame. We’ll have to tune in this year to see if the ACAs will catch up to its peers in the scandal department.