This Sunday, E! will air an interview with LeAnn Rimes, letting both fans and haters hear her side of the story. 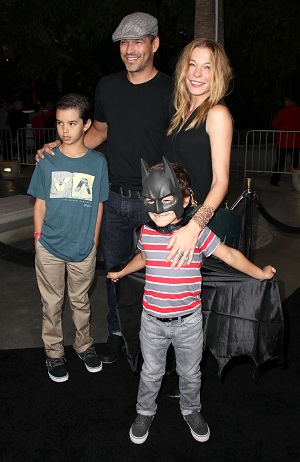 In an E! interview set to air on Sunday, Dec. 9, LeAnn Rimes opens up about her affair, her stint in a treatment program, and her on-again, off-again Twitter feud with Brandi Glanville.

“I know in this situation, it’s going to take some time,” Rimes told Giuliana Rancic. “All I wish is that everyone that was hurt, that we hurt, that I hurt, can be happy.”

Rimes is referring to her 2009 affair with Eddie Cibrian on the set of their Lifetime movie, Northern Lights. What followed were two divorces that year — first Cibrian in August and then Rimes in December. She’d been married for nine years to her former husband, Dean Sheremet.

She says she wishes she’d handled the situation differently. If she had, it might have been an easier transition for everyone, including Rimes.

The effects of the divorce and the subsequent media storm led to a bleak time for Rimes. It all caught up with her earlier this year and led her to enter a 30-day treatment program.

“When you look around and you go, ‘I’m crying, like, uncontrollably, no one can help me,’ that’s when I knew I had to seek help… I was incredibly depressed and not quite sure of who I was.”

Of course, everyone assumed the worst. The badgering from the press hasn’t just been on her end, though. The media also have followed Brandi Glanville’s every move, and many people have judged and mocked her as she has continued to deal with the divorce (albeit in a very public way on Twitter).

“My heart goes out to her every single time she’s getting bashed for something,” Cibrian said. “It’s unfair for her and it’s unfair for us. [The affair] wasn’t frivolous, you know.”

To see the interview with Rimes (and hopefully find some good news in the midst of all the drama), tune in to E! on Sunday at 8/7c.