This outstanding film version of the much loved musical boasts some of the world’s most talented actors, who also have lungs of steel. By allowing them to sing live on camera, director Tom Hooper captures some of the most emotional, powerful performances we’ve ever seen. We dare you to get out of the theater without crying for dear Fantine. 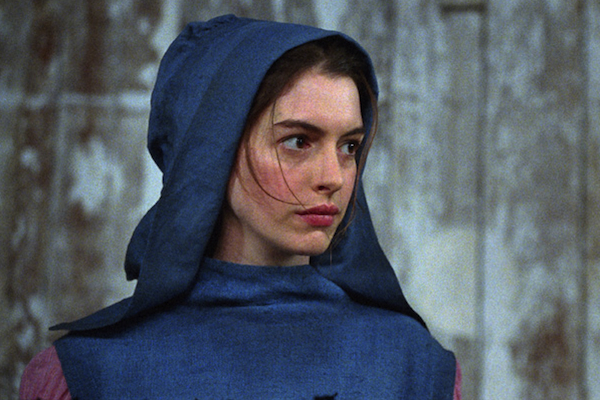 Les Miserables begins in 1815, in Toulon, France, where we meet the bedraggled Jean Valjean (Hugh Jackman) on a chain gang, serving a 20-year sentence for stealing a loaf of bread.

Overseeing the prisoners is Javert (Russell Crowe), a severe man of the law who sees things in black and white. He releases Valjean, but reminds him that he is still on parole. With a criminal past however, Valjean is unable to get a job.

When Valjean steals from a humane bishop (Colm Wilkenson — who played Valjean in the original 1985 stage version) and gets caught, he is shocked when the bishop forgives him and tells police to let him go. This single act of mercy transforms Valjean into a man of grace and benevolence. 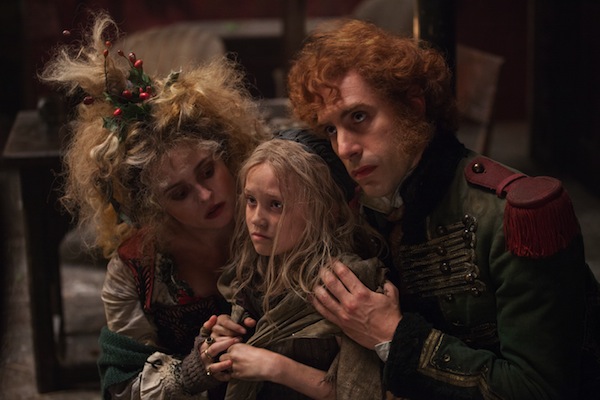 The beautiful, yet desperate Fantine (Anne Hathaway) is an unwed mother making anguished choices so that she may send money to Monsieur and Madame Thenardier (Sacha Baron-Cohen and Helena Bonham Carter), innkeepers who are taking care of her daughter, Young Cosette (Isabelle Allen). Life in post-revolutionary France was harsh, and after losing her factory job, she is left with no choice but prostitution.

Valjean shuns parole and reinvents himself. When he learns that Fantine was let go from his very own factory, he takes pity on the ailing waif. He promises to retrieve little Cosette and take care of her as if she were his own.

Les Miserables is a treasure trove of visual and audio delights. Instead of recording the songs in a studio before filming and having the actors lip-sync to them, the actors wore earpieces to hear the music and then sang live on film. 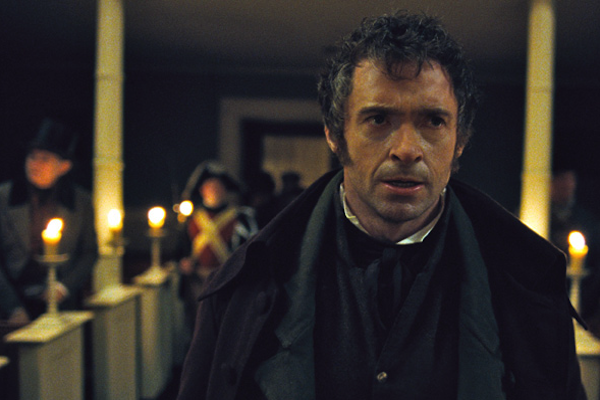 Anne Hathaway sings “I Dreamed a Dream” in a single take, providing the most heart-wrenching, impassioned, and haunting moments in the film. We all knew she could sing, but this performance is truly show-stopping. No mother will be able to watch this without bursting into tears.

Hugh Jackman plays a wider range of emotion, but it’s in his most vulnerable moments where he grabs us by the heart and squeezes until we think it will break. His love for Cosette is so huge, so engulfing, it changes his life, and the lives of the others around him. 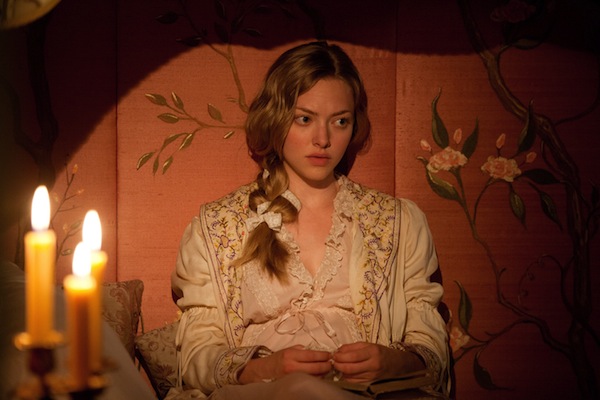 Helena Bonham Carter and Sacha Baron-Cohen provide amusing comic relief as the wickedly coy shysters who not only prey on pretty Cosette, but on all of Paris.

Plucked from the stage version, Samantha Barks plays their daughter Eponine, who gracefully, sorrowfully croons “On My Own.” No doubt we’ll be seeing more of her in the future.

Bottom line: This powerful melodrama couldn’t be more exquisitely made, from the acting to the singing, to the lush visual palate. Warning: Bring a box of tissues and skip the popcorn because you’ll likely be choked up!