Former Idol divas Kelly Clarkson and Carrie Underwood are a force to be reckoned with, receiving a combined six Grammy nominations. 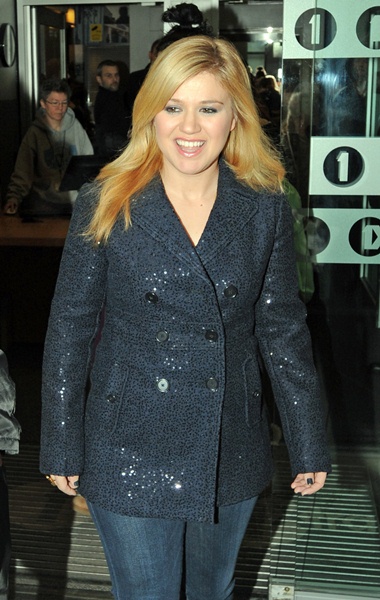 There aren’t too many things worthy of a 5 a.m. wake-up. Finding out you’re nominated for multiple Grammy awards before the sun comes up, however, is definitely one of them.

That’s how American Idol alum Kelly Clarkson heard the big news, when her friends surprised her with an early-morning mimosa celebration. We love her surprised (and half-asleep!) reaction, as filmed by her friends and tweeted by Kelly. Clarkson is currently in London promoting her greatest hits album Greatest Hits – Chapter One. Can you believe it’s been 10 years since she won the inaugural season of AI?

Her Record of the Year nomination marks the first time an Idol finalist has been nominated in that category. Way to go, Kelly!

On a more personal note, Clarkson can also celebrate her eight month relationship with boyfriend Brandon Blackstock. She recently told Extra not to be surprised by future wedding bells.

“We’ll totally probably get married, but everyone keeps pushing me, so no, we don’t [want to] rush,” Clarkson said.

Kelly Clarkson is totally ready to put a ring on it >>

One AI name missing from this year’s Grammy nominations? Last season’s Idol champ, Phillip Phillips. The singer-songwriter recently released his debut album, The World from the Side of the Moon.

Stay tuned for the 55th Grammy Awards, airing on February 10, 2013 to find out if the Idol luck continues!

We want to know: Who’s your fave Idol?