Tyler Perry sets his efforts on a twisted, provocative plot delving into the consequences of sex, sin and obsession. Kim Kardashian, Vanessa Williams and more move this red-hot film, Temptation: Confessions of a Marriage Counselor. 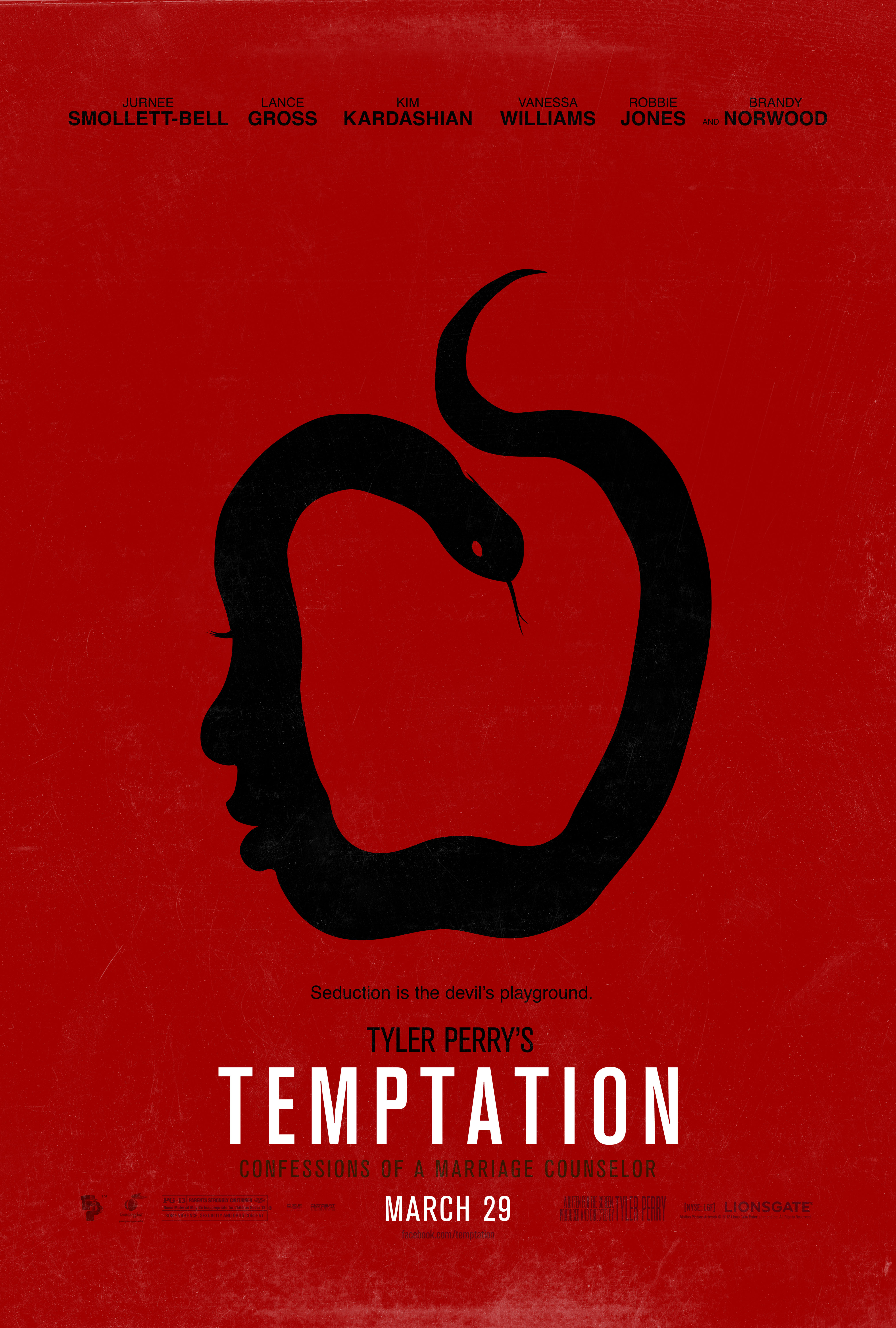 Lust and guilt have spawned infidelity in numerous relationships these days.

The consequences are many, rippling far beyond the affair. Director Tyler Perry intends to examine these pains and bring light to the immense costs of love crimes.

Featuring a steamy cast, with the likes of Jurnee Smollett, Lance Gross, Kim Kardashian, Vanessa Williams and more, Perry’s Temptation: Confessions of a Marriage Counselor, coming out March 29, is cast amidst the devil’s playground. Seduction and restless relationships break boundaries at the mercy of a taste of the forbidden.

Though little has surfaced about the whole plot, Perry has stated that Temptation is, “one of the most provocative movies I’ve ever made.”

As the title eludes, we can only presume a breach in professional practice that leads a marriage counselor into a slippery slope of affairs, guilt and secrecy. Too often Hollywood downplays the effects of infidelity. We applaud Perry and his ambitions to bring a conscious perspective on the pandemic with such big names that will surely grab audience attention.