The American Country Awards haven’t been around long. But they’ve already had plenty of stand-out moments. SheKnows has picked five that deserve to go down in awards show history. 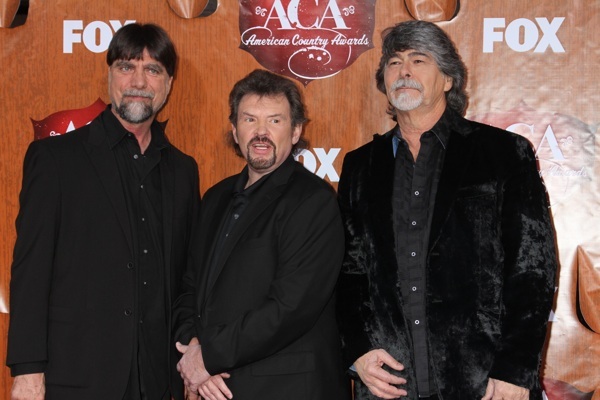 Rascal Flatts and their medley of hits

The first-ever American Country Awards made a splash in 2010. They featured huge stars like Decade Award-winners Rascal Flatts. The group took the stage and sang a medley of hits (“These Days,” “Bless the Broken Road,” “What Hurts the Most,” “Fast Cars and Freedom”) that ended with a lively rendition of “Life is a Highway.” They put some of their younger competition to shame!

Country girl power! In 2011, Miranda Lambert, Ashley Monroe and Angaleena Presley formed Pistol Annies. At the American Country Awards they had the crowd in a tizzy when they performed “Hell on Heels,” the title track from their debut album. Dressed all in black, the trio had the audience hootin’ and hollerin.’

Will this woman ever age? Reba McEntire may be the star of Malibu Country, but her first love is music. She performed “Turn on the Radio” at the 2010 American Country Awards and proved that she’s still got it. From head to toe, McEntire let everyone know she stays in fighting form.

After winning Season 10 of American Idol, Scotty McCreery planned a country takeover. The young singer won New Artist of the Year at the 2011 American Country Awards. He performed and gave a heartfelt speech thanking his AI fans and wishing his mother a Happy Birthday. We love a mama’s boy!

Alabama shows up, and shows off

As we’ve learned from McEntire, age ain’t nothing but a number. Last year, music legends Alabama were honored with the Greatest Hits Award. They took us on a trip down memory lane with songs such as “Tennessee River” and “Mountain Music.” As soon as they hit the stage, the crowd was on its feet.