Wednesday night’s episode was the mid-season finale of Nashville, and big things are finally happening. Namely, is Juliette getting hitched? 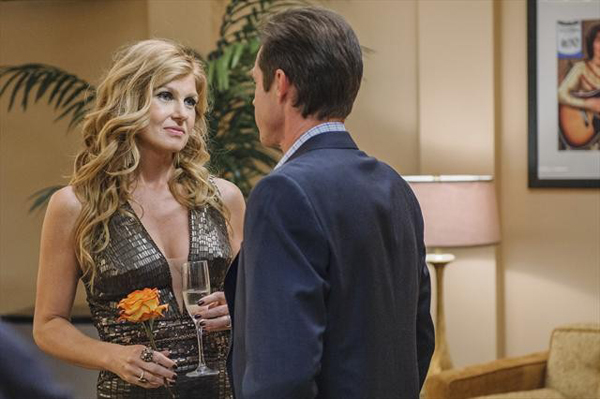 Rayna’s been drifting along for most of the season with her constant worries over her career and longing over Deacon. But that all changes when she finally learns about the pictures Coleman has of Teddy and Peggy. He denies that they had an affair, but then he has to tell her everything about the embezzlement to explain the pictures.

Naturally, he blames the whole thing on Peggy. You know, like a gentleman. 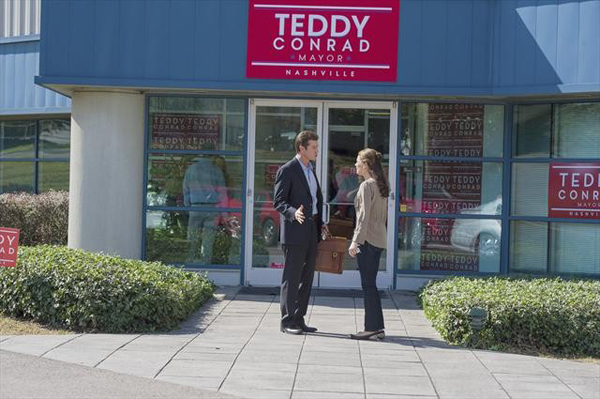 Rayna isn’t buying it, though. She tells her spineless hubby that she can’t trust him anymore and then heads over to Peggy’s house to confront her. The problem? Peggy popped a bunch of sleeping pills in an overdose attempt.

Later, Rayna defends her husband at a press conference, telling the reporters that he didn’t have an affair. “I did it for the girls,” she tells him.

Gunnar and Scarlett totally make out

Gunnar and Hailey still can’t get over the drunken performance Scarlett gave at the bar. Secretly, Hailey is totally jealous of all the attention Gunnar gives to his songwriting partner instead of, you know, his girlfriend. Hailey tells Scarlett that she should front her friend’s band, but Gunnar freaks and they break up.

Later, Gunnar breathlessly approaches Scarlett inside the Bluebird and basically says, “I love you.” They make out for a second. We can’t ever have nice things, though: Scarlett pulls a Scarlett and acts all awkward about it.

The good news? A performer put one of their songs on hold. Celebration! 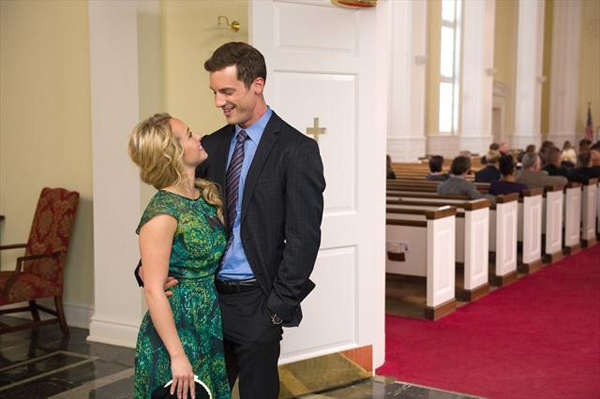 Juliette is legitimately happy with Sean, despite that whole virgin thing. He shows up at her house one day in the midst of a workout for a smooch, and somehow that turns into Juliette going to church with his family.

Juliette makes good and shows up at the church, much to the happiness of Sean’s younger sister. She performs with the choir and is on her best behavior. Later, she comes to the house for family dinner where it’s all smiles and small talk — until it’s just her and Sean’s mom. Mom is none too pleased with Juliette’s stunt and tells her not to get her hopes up.

Joke’s on mom, though: Juliette invites her baller over and asks him to marry her. 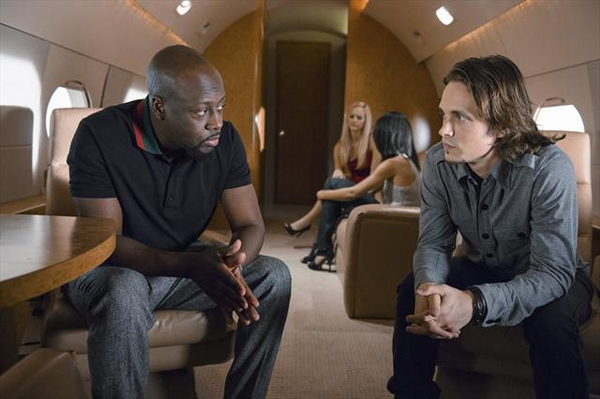 Avery and Deacon are at polar opposites of their careers, but both are faced with new opportunities they don’t know how to handle. It’s all great for Avery: Dominic Wells loves his work and flies him down to Atlanta to “dirty” his sound. The catch? Dominic wants Avery to dump his childhood friends. It’s called show business, not show friends, duh!

As for Deacon, he’s presented with a two-year contract to tour with the newly sober Revel Kings. He’s not sure about the gig, mostly because he wants to be there for Rayna’s every need. Eventually, he decides to sign on, and they toast with a nice bottle of water.

Will Deacon — or the band — be able to stay sober on a two-year tour filled with groupies and temptations? We want to say yes, but probably not.

Is the tour happening?

The Rayna/Juliette performance at the label’s anniversary party was an OMGHUGESUCCESS, and the song is apparently flying up the charts. The suits are dying to strike while the iron is hot — and that means a co-headlining tour.

As for how Rayna feels about it? Her sassypants attitude has died down since the first episode — a cheating scandal and impending divorce will do that to you. “I’m not saying no,” she told the label exec.

Get ready for the fireworks, ’cause it’s happening when Nashville comes back Jan. 9.