The actor brought the Robert Ludlum character to life. But when Jeremy Renner took the part, he may have sealed Jason Bourne’s fate forever. 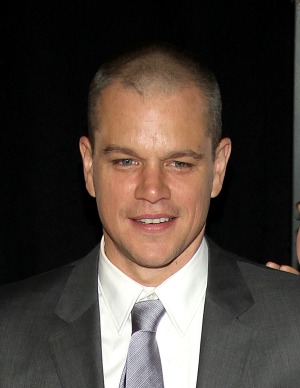 Jason Bourne and Matt Damon fans alike were shocked when it was announced a new actor would be playing the lead character in the Bourne series. Jeremy Renner took over the role for 2012’s the Bourne Legacy, but many fans still want to know if Damon would ever come back to reprise the role. The actor spoke up on the issue of Renner’s film, and a return to the series is not looking good.

“I did see it,” Damon said, according to the Huffington Post. “I think it’s going to make it harder for us to make another one. Because they used our characters, anything that happens in that world, that’s the Bourne world now. So the pill-popping and all that stuff happens.”

Damon said he hadn’t ruled out the possibility of making another film, but with how the Bourne Legacy ended up, it left little room for another actor to come back and play the part. Especially because he doesn’t seem to agree with the direction they went in.

“From what I understand, it kind of relives [The Bourne Ultimatum] from a different perspective,” Damon added. “What that means, because they use our actors and characters, is that whatever they said [in Legacy] is true and so we’d have to acknowledge it in any Bourne movie that we’d do. And that makes it really tough.”

Damon added that in moviemaking there are ways to acknowledge a movie while pretending it didn’t really happen, but it may not be possible in this situation.

“I don’t think we can do the Dallas it-was-all-a-dream scenario,” he said, according to the Huffington Post. “I don’t think the audience would go for that after they paid money to see a movie.”

And even though Jason Bourne is one of Damon’s most memorable characters, he isn’t exactly hurting for work. He is reportedly in negotiations to star opposite George Clooney in Monuments Men, and is currently filming a movie with friend Ben Affleck about infamous mobster Whitey Bulger.