The singer is not happy with the state of the music industry, but blames one person as the face of that downfall. 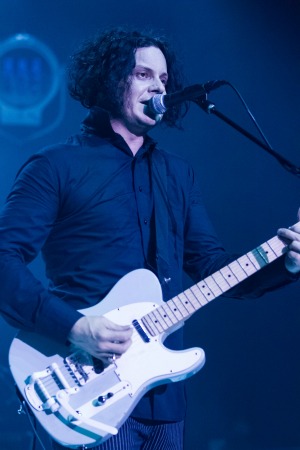 Jack White has never been one to keep his opinions to himself, and this time he is attacking one of the world’s biggest pop stars. The musician spoke with Esquire recently and gave his opinion on Lady Gaga.

“I don’t think she lives it because it’s all artifice,” he told the magazine. “It’s all image with no meaning behind it. You can’t sink your teeth into it. It’s a sound bite.”

But he doesn’t seem to completely blame Gaga for her sound, or her image. He adds that the culture is to blame for what she has become.

“It’s very of this age, because that’s what people want,” he said, according to NME. “They want a Twitter line, a jpeg, an MP3.”

White went further to blame the celebrity culture for creating what has become of social media and people in real life.

“The goal of modern celebrity is to make yourself into the lowest common denominator,” he said. “‘Hey, I’m a guy just like you. I like a beer, a football game.’ Especially in reality television, you’ll see people will go so far as to make a fool out of themselves just to prove that.”

The White Stripes singer won’t be making any embarrassing Twitter posts soon, because it doesn’t seem like he believes in what it has become.

“Twitter is the most perfect example of modern living,” White told Esquire. “I think the only people who should have [Twitter accounts] are comedians. Because it’s all about one-liners.”

While White may be on to something, he hasn’t been himself lately. Back in September, he agreed to play a much-hyped show at Radio City Music Hall but reportedly walked off stage after only 45 minutes.

“While it’s not entirely clear what set White off, he was at one point upset with a lack of crowd participation, or something,” said Gawker.

Either way, it seems like his complaints are not really about Gaga herself, but the culture she was created in. But don’t count on him joining Twitter anytime soon.