The singer is adding one more thing to her busy, busy plate by signing on to host a new style show, very similar to Project Runway. 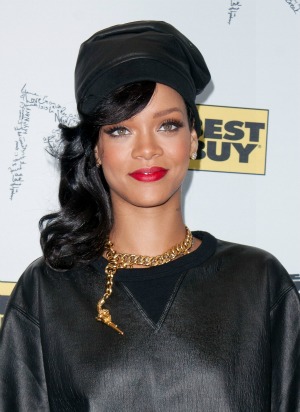 Rihanna is getting her own reality show, but it’s not about what you might think. The singer will be hosting a reality competition show, and hopefully her (maybe) once-again boyfriend Chris Brown will not be making an appearance.

“Styled to Rock, set to premiere in the latter half of 2013, will feature 12 young designers handpicked by the Barbadian Grammy-winning singer,” said Reuters. “The designers will be tasked with styling a celebrity guest on each episode, and the guest will help determine which designer moves on to the next round of the competition.”

Rihanna is also going to be acting as executive producer of the show, under her given name Robyn Rihanna Fenty.

“Fashion has always played an integral part in my life and career,” the singer told Reuters. “I am so excited to partner with Style Network and share my creative insight with these 12 designers and give them this opportunity to showcase their work.”

The show is not exactly a new idea, though. Rihanna appeared on a show of the same name over the summer, except it was the British version. She apparently liked it enough to help begin her own, American, version. The network hasn’t announced the list of guest hosts or fashion experts who will appear on the show yet.

Rihanna is staying busy with other pursuits as well. She and (supposed) new-again boyfriend Chris Brown both tweeted somewhat graphic photos of the two of them in the last week, adding to the rumors they have reunited. She will also leave in March for a North American tour, followed by an international tour that will keep her out on the road until at least July.