Brubeck was set to celebrate his 92nd birthday Thursday, but passed away during a routine doctor’s appointment Wednesday morning. 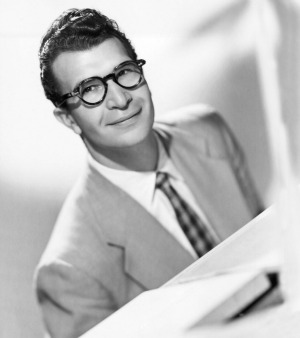 Arguably one of the greatest jazz legends of our time has died. Dave Brubeck was just one day short of his 92nd birthday when he passed away Wednesday morning at a Norwalk, Connecticut hospital.

“Considered one of the greatest figures of a distinctively American art form, Mr. Brubeck was a modest man who left a monumental legacy,” said the Washington Post.” His 1959 recording Time Out, with its infectious hit “Take Five,” became the first jazz album to sell 1 million copies. He toured once-forbidden countries in the Middle East and in the old Soviet empire and was honored by presidents and foreign dignitaries.”

Brubeck’s music was important, but so was his influence on the genre. He helped bring the international sound into American living rooms.

“He wrote hundreds of tunes, including the oft-recorded “In Your Own Sweet Way” and “The Duke,”” said the Washington Post. “His quartet, featuring alto saxophonist Paul Desmond, was one of the most popular jazz groups in history, and he kept up a busy performing schedule into his 90th year.”

Brubeck, at the suggestion of his wife, left the nightclub circuit in the 1950s and started playing college campuses. The move was a first for jazz, but they were received warmly.

“We reached them musically,” he told the New York Times in 1967, according to the Washington Post. “We had no singers, no beards, no jokes. All we presented was music.”

The musician recorded almost 100 albums in his lifetime, and in his early days, was a trailblazer in the one aspect of the jazz genre.

“Mr. Brubeck’s position in musical history has often been debated,” said the Washington Post. “He was born the same year as Charlie Parker, the tortured genius of the bebop movement that brought a new rhythmic and harmonic sophistication to jazz in the 1940s, but Mr. Brubeck was never a true bebopper himself. He defied the raffish image of the jazz musician by being a clean-living family man who lived with his wife and six children.”

David Brubeck was born Dec. 6, 1920 in Concord, California to a rodeo roper and a pianist. Thanks to his mom’s musical training, his two brothers also became composers and musicians. Brubeck leaves behind a wife, four sons, a daughter, 10 grandchildren and four great-grandchildren.