Frankie Muniz is lucky to be alive to celebrate his 27th birthday today. While suffering a mini-stroke is frightening enough on its own, he’s now revealed the symptoms began while he was riding his motorcycle! 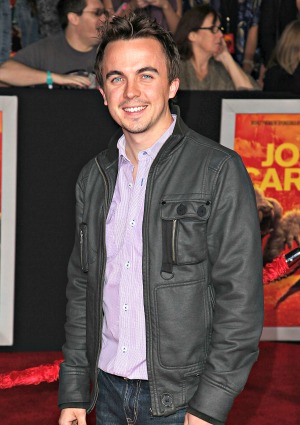 When Frankie Muniz’s mini-stroke symptoms began last week, he couldn’t have been in a worse place. Speaking to People, the actor has revealed he first knew something was going wrong when he lost some of his vision while on his motorcycle en route to see his fiancee!

“I thought I had something on the visor of my helmet. I couldn’t focus out of my right eye,” the birthday boy shared. “By the time I got to her mom’s house I pretty much had no vision in my right eye.”

Though he thankfully arrived at his destination unharmed, Muniz‘s health continued to worsen at an alarming pace.

“I was really dizzy and in a lot of pain in my whole body and my head. My hands were numb. I didn’t really have good balance and I was almost dropping the bike. I never had this before,” he continued. “I was like ‘What’s going on?'”

“I felt like I was getting stabbed in the head — the worst headache you could ever think of. I couldn’t see anything.”

During an appearance on Good Morning America, Frankie Muniz went on to share, “I couldn’t say words. I thought I was saying them! My fiancee was looking at me like I was speaking a foreign language.”

The incident has left the actor, who admits he could eat better, shaken, especially as he lives an otherwise healthy life. “I never in my life had a sip of alcohol or even touched a drug,” he told People. “I take a lot of pride in that.”

“They say it is usually a warning of maybe what could happen in the future,” Frankie Muniz added. “It’s changed my mentality when I’m going to eat now. I feel a lot less invincible.”