Brandi Glanville is making some pretty big accusations against LeAnn Rimes, the wife of her ex-husband. 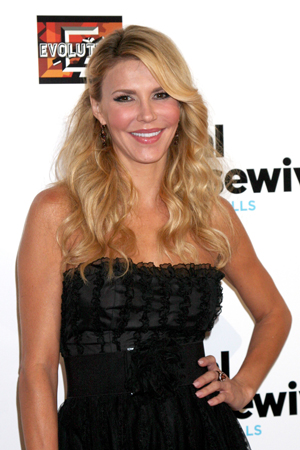 The feud between Brandi Glanville and LeAnn Rimes is most definitely back on — and now the Real Housewives of Beverly Hills star is alleging that Rimes takes dangerous meds.

“LeAnn has a severe eating disorder. She has [a laxative] in every purse. Mason found one on the floor and thought it was a Skittle!” Glanville told Us Weekly in a new interview. “They don’t keep sugar in the house. He thought he finally found candy! He gets extremely sick, and that freaks me the f**k out.”

The incident comes just days after Cibrian’s ex-wife freaked out over a video that Rimes posted to her Twitter page. In the clip, Rimes referred to the Cibrian/Glanville kids as “my boys.”

“Someone is trying 2 get under my skin by calling MY children ‘her boys’ Sooo transparent! They R MY boys, Eddie Boys and ur step-sons… 4 now,” Glanville tweeted in response to the video.

The pair called a Twitter truce last year, but Glanville says all bets are off now that Rimes has involved her children. She’s even cryptically alleging that the country singer went to rehab for more than just cyberbullying.

“There’s a lot more that’s going on recently since LeAnn went into rehab, or wherever it is she went. A lot more than people know,” she said.

Could it be drug or alcohol abuse? Or, is she calling the 30-year-old’s mental state into question?

“I said to my friend yesterday, ‘I don’t feel like she’s stable,'” Glanville continued. “I don’t see this ending well.”