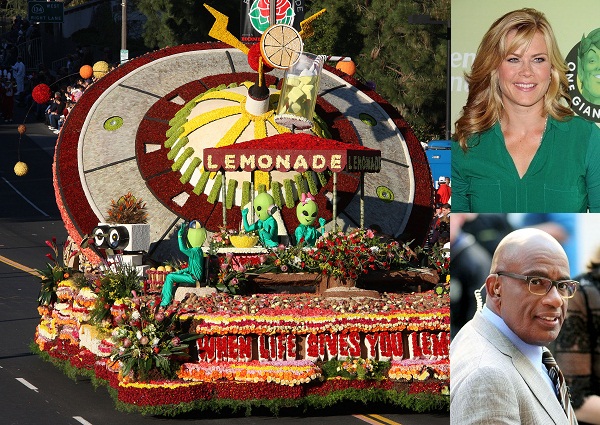 The Rose Parade is a long-standing tradition and a bright, cheery way to ring in the new year. Adding to the cheer this year, SheKnows is exclusively breaking the news that Alison Sweeney has been confirmed as the co-host for the parade, alongside TODAY‘s Al Roker.

The Rose Parade is well-known for its yearly themes. Last year’s “Just Imagine” was brilliant, but this year may take the cake. Borrowing from the beloved children’s book and required graduation gift, 2013’s theme is “Oh, The Places You’ll Go.” So, what does the parade’s new co-host think of it? 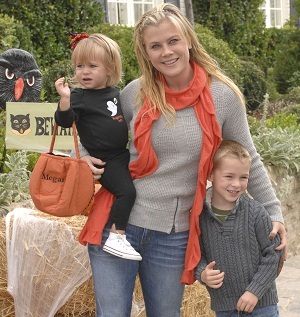 “Suess is a perfect theme!” Ali Sweeney told SheKnows. “What a great idea. I can’t want to see the creativity this theme brings to the floats! Each year, I love learning the theme and imagining what the creators will do, yet they always exceed my expectations.”

While Sweeney says she loves every aspect of the parade, her favorite part isn’t the stuff that requires hours of detail work with petals and a glue gun or years of training atop a horse.

“My favorite part are the little kids who get to ride on the floats,” she said. “Their bright, shining smiles as they wave completely capture the joy the parade brings everyone.”

Speaking of kids, her own will be somewhere in the crowd too. When asked if her kids would make an appearance, she said her dad plans to bring them to watch the festivities. Hopefully, Alison gets a chance to see their shining smiles as well!

“I remember us riding our bikes to the parade route when I was their age,” Sweeney said. “I know they’ll be as fascinated by the floats as I was.” 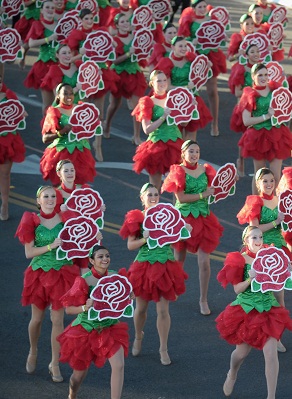 For many families, watching the Rose Parade is a New Year’s Day tradition. Seeing the festive flower-covered floats is such a privilege that parade-goers often camp out on the sidewalk overnight to secure a prime viewing location along Colorado Boulevard. There will be 41 organizations bringing floats to Pasadena this year. From the brightly colored petals to the robotics that have been introduced in recent years, it’s worth the wait.

Providing a soundtrack to the parade are 13 marching bands from across the country. Complementing the “Oh, The Places You’ll Go” theme, bands from El Salvador, Mexico and Japan will incorporate a multicultural element into the parade. The US Marine Corps West Coast Composite Band will also march, adding another reminder of the choices we can make for our lives (like choosing to serve our country).

While people on the curb get a firsthand look at all the beautiful floats and fancily clad bands as they walk past, viewers at home will get the added treat of narration from Roker, hosting for the 16th time, and Sweeney, hosting for her first. The co-hosts of the Rose Parade always come loaded with extra smiles and interesting facts about the various floats, animals and people who make up the century-and-a-quarter-old tradition.

We look forward to seeing what Al, Ali and the grand marshall, scientist and environmentalist Jane Goodall, have in store for us on New Year’s Day!

Images courtesy of Getty and WENN