Elizabeth Banks bounces back to television again with a scheduled stopover on ABC’s Modern Family. She’ll once more play a gal pal of Mitch and Cam. 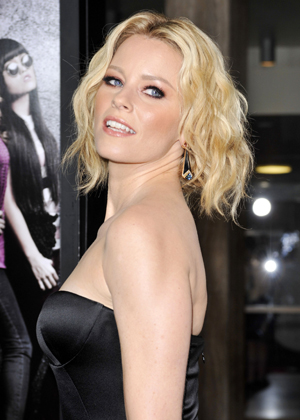 Doesn’t Elizabeth Banks know that most movie stars look down on the small screen? Fresh from well-regarded turns in hit movies like The Hunger Games and Pitch Perfect, she’s signed on to guest-star on Modern Family, reprising a role from the show’s first season.

Then, as now, Banks is Sal, a female friend of Mitch and Cameron’s. In the episode “Great Expectations,” which aired in November of 2009, Sal was a party-hearty wild thing who could drink anyone under the table, anytime.

Mitch and Cam are upset with Sal, however, because she hasn’t paid any attention to their newly adopted baby, Lily. Sal barely acknowledges the pair’s fatherhood at all, and when called on it, explains that kids are a drag from her point of view.

As always in Modern Family, things turn out all right in the end, when sensitive Cam and Mitchell figure out that Sal’s just jealous of the new female in their lives. A little attention sets things right, and by the show’s end, Sal’s on the couch at Mitchell’s dad’s house, watching a movie right next to Lily.

This time out, Sal may not be quite so fancy-free. Her storyline calls for her to announce her engagement. “Could she be in need of a couple of bridesmen?” asks Entertainment Weekly.

Given that Banks also played the wife of Alec Baldwin’s Jack Donaghy on NBC’s 30 Rock, could it be that she’s in some kind of cross-network time warp and will actually be announcing her engagement to Donaghy on ABC’s Modern Family?

We’ll all have to wait until 2013 to find out: Modern Family is about to go on a holiday break, with no new eps scheduled until after the new year.