If you’ve been skeptical of Christmas albums before, you’ll be pleasantly surprised at this gem. 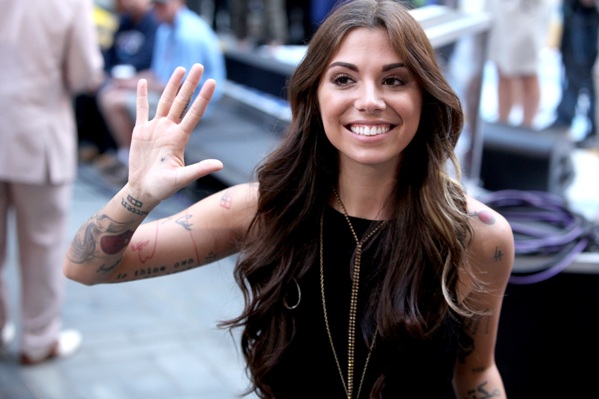 “The very first song I sang when I was three was a Christmas song.”

Now that is dedication. Christina Perri had been quoted revealing the above by CBS Local, according to Radio Alice. Also discussed was how writing a Christmas album was important to her and that she wanted to write songs that would help “keep Christmas in your heart year-round.”

Great sentiment, but does she achieve her aim? Christmas albums can be a tough pill to swallow. A classic, timeless talent like Elvis singing a carol appeals more than Justin Bieber (although CeeLo Green‘s album appears promising). But Christina Perri has a voice unlike any other, with a balance of angelic fragility and rough-around-the-edges passion. She first dropped her painful “Jar of Hearts” that surprised us with its vulnerability and sorrow, and the unforgettable “A Thousand Years,” which was featured in The Twilight Saga: Breaking Dawn — Part 1.

What is the “something”?

“Something About December” is what struck a chord from this album. Its innocent honesty and how personable it was probably led to that.

With her “soundtrack” voice — the one that digests smooth and resonates deep and tends to be perfect for trailers and movies — Perri unloads her melody which seamlessly connects to each note. She has an effortless delivery that makes you feel warm on the inside and induces a completely appropriate nostalgic reaction just in time for the holidays.

Her message is clear: Though the years may change and how you celebrate may vary — whether you’re surrounded by familiarity or not — remembering one good Christmas can make all the difference and re-instill a selfless love for the holiday.

antiMusic first revealed that the artist’s brother, Nick Perri, makes a cameo in this California-filmed music video, directed by Elliot Sellers. This is special, as he also helped co-write the song.

Pull out that Christmas sweater, bake some gingerbread cookies and check out the video, which features actual footage from Ms. Perri’s childhood!