There was a brand-new Parenthood last night. Read on to hear about that pesky neighbor, a break-up, and the long awaited appearance from Glen Hansard. 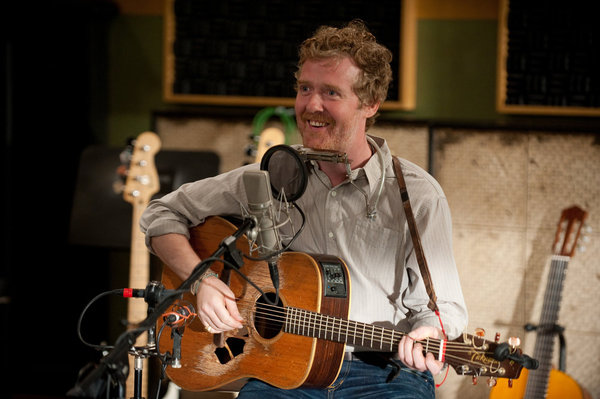 Amber (Mae Whitman) shows up with a morning coffee for Uncle Joel in hopes of talking him into hiring Ryan. He’s hesitant, but he caves and hires Ryan. Except, on his first day, Ryan is awful at it and, surprisingly, doesn’t take too well to the teasing on site. The last time we see him, he’s throwing back a few pills with a can of soda. Oh, no.

Julia turns to Kristina for mom help when she experiences issues helping Vincent with schoolwork. What do they do with Max?

“We bribe him,” Kristina readily admits, blowing off the pretentious notion of calling it an “incentive system.”

It sort of works, but Victor has a long way to go before he’ll catch up with his class. He has no confidence in himself, especially his brain, and it pains Julia to witness. It’s soul-crushing. Things have got to get better for him soon. 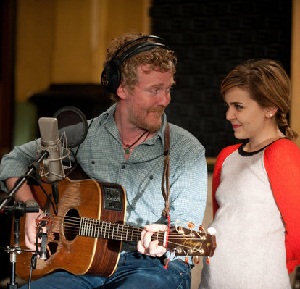 Drama at the Luncheonette…

Evil-neighbor-lady has folk-rock star Glen Hansard’s car towed because it’s “in her spot.” She should suffer greatly for inconveniencing (as Crosby calls him) “a troubadour.”

Crosby (Dax Shepard) finally spills the drama with the evil-neighbor-lady to Adam, and big brother tries to arrange a meeting.

She’s awful to Adam, even as he tries to be professional, and mocks his “family issues.” Then, Crosby goads Adam into telling her about Kristina’s cancer. First, the woman suddenly decides she once had cancer, too. Then, she goes on to accuse them of using that to try to make her drop the case.

It’s a frustrating battle. In the end, though, Cros pulls through when he shows up at the hearing with a dozen neighbors willing to speak on behalf of the studio. They don’t have to move and crazy evil-neighbor-lady is stuck with them. 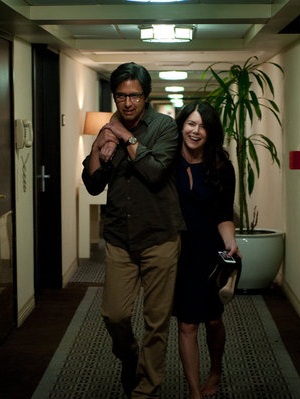 After the event, Hank (Ray Romano) and Sarah get drunk, silly and adorable. Then they turn the corner and stumble upon the drama king, Mark. Hank needs Sarah. Mark doesn’t. Those two need to end up together. Way to ruin everything, Mr. Cyr.

In the morning, Sarah apologizes to Mark and everything seems fine-ish. It’s awful. Millions of people were whispering, “Please, please, please tell us he breaks up with her by the end of the episode!”

Later, Hank and Mark end up in the elevator together. While trying to help, Hank lets the cat out of the bag about Sarah knowing all along that the event was a sham. Hank just needed to hang out with his daughter one last time before her mother took her across the country.

When Mark and Sarah meet up for dinner, he’s still too hurt to eat… or reconcile. He serves up a bit of perspective on Sarah’s choices and then says he can’t wait for her any longer. They break up.

A collective sigh of relief was heard around the country.

Back at The Luncheonette…

The highly anticipated performance finally happens. Glen Hansard sings and hearts around the country shudder. That man can sing the most romantic and beautiful songs imaginable and still break your heart.

That’s what happened on this week’s Parenthood. Don’t forget to tune in next week, when Kristina’s cancer takes a turn for the worse.