Teen Mom 2 star Jenelle Evans got married Tuesday morning. And how did they celebrate? Husband Courtland Rogers got arrested! 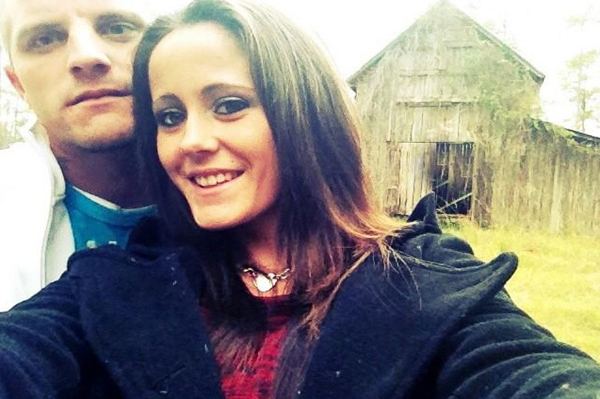 Surprise! Teen Mom 2 star Jenelle Evans is now a married woman, according to her sister. The troubled reality star married her boyfriend of just a few months, Courtland Rogers, on Tuesday morning.

“My sister got married this morning, it was a shotgun courthouse wedding,” sister Ashleigh Evans Wilson told RadarOnline, though we’re not sure if she knows what a “shotgun wedding” means.

“My mother was totally shocked and had to hear it from someone else. Our whole family is shocked because they have not been dating very long. I’m sure she did this to distract from all the drug accusations that have been flying around and of course she thinks it will help her get custody of [son] Jace back from mom if she is married,” Wilson added. “At this point, after all that she has been through, she should know better than this.”

Evans also got engaged to Gary Head in May, though she broke off the relationship after a fight got violent earlier this fall.

“Gary beat the s*** out of Jenelle,” her friend told RadarOnline at the time. “He strangled her with a bed sheet.”

Rogers isn’t much better, according to pals. He was even arrested for a felony a few minutes after their happy wedding.

“Courtland Rogers was charged with a felony in North Carolina on Tuesday for obtaining property by false pretenses,” a source told Radar Tuesday night. “Straight after that court hearing was finished Jenelle and Courtland got married at the magistrate’s office.”

Apparently, they weren’t glowing from their nuptials, either.

“Jenelle looks like s***,” an eyewitness said. “She has lost about 30 pounds and she looks terrible. Courtland was picking scabs on his face while he was in the court and his face was starting to bleed.”

Sounds like this marriage is off to a great start… not.