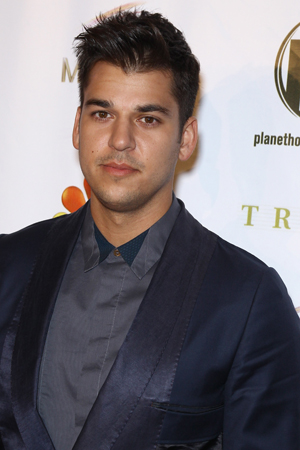 Rob Kardashian is trying to cover his digital tracks after he went on a rant against the cheating ways of an unnamed woman on Twitter. That unnamed woman, of course, is assumed to be ex-girlfriend Rita Ora.

“Just so we clear I never once mentioned ‘Rita Ora’ in any of my tweets or even used the word ‘whore’ and I never would. I Respect Women,” he wrote.

The rant — now deleted — included accusations that the woman in his life cheated on him with “like 20 dudes.”

“I wonder how many she will sleep with now that we apart? But I mean 20?!!!” he tweeted, adding that he got the unnamed woman pregnant and they had sex without a condom.

Kardashian never said whether or not he was still with the up-and-coming singer, but Ora confirmed that they are definitely off.

“I’m not going out with Rob. We were close for a while, but it didn’t work because I was never there,” she told Glamour UK. “I was like a ghost. I used to get so frustrated with myself and then wonder why I was angry, so I decided it was best to keep it friendly — especially at the moment, when there’s so much going on.”

And sorry Rob, she added that she’s never been in love.

“In 22 years, there’s been nothing. I have had young fascinations, but never love,” Ora said. “I think it’s my only weakness. I’m scared of letting my guard down, and if I feel in love with someone now, he’d have to try 10 times harder to break it down.”

Wonder why she won’t let her guard down? Maybe because she’s afraid of guys, say, implying that she sleeps around on Twitter? Yeah, that would probably put our guards up, too.

9 hrs ago
by Lily Shell