The two groups have been throwing friendly jabs at back and forth at each other for months, but will the feud become more than that? The Wanted hints it could, if the two ever end up in a room together. 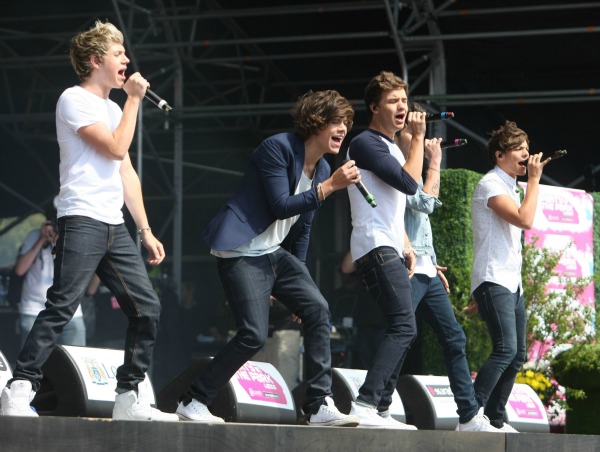 The image of a boy band actually battling it out is somewhat humorous, but it looks like that’s what may actually happen this time. The Wanted and One Direction have been going at it, albeit over social media, but it seems like it may actually turn into something if the two ever meet.

The two groups have been tweeting back and forth for quite some time about what might happen if they are ever to meet, including The Wanted’s Max George’s recent tweet saying that if One Direction has a problem with his band, they can “come see me in New York,” said MTV.

But, The Wanted sat down with MTV after their recent LA performance and said it may not actually end up happening that way.

“It started off as plain fun I think, and then I think one of them started getting a bit arsey and started getting a bit serious,” George told MTV. “Which we tried to play off still as a joke, but then it carried on so we just put it out there, ‘If you got an actual problem come see us in New York.’ But I’m not sure they will, I think people have been in contact saying if we go near them we can have our visas taken off of us and all this s***.”

“And get arrested, apparently,” said the group’s Nathan Sykes.

“Well we don’t care,” George added. “It’s nothing we haven’t done before, so we’ll see.”

It seems the exchanges on Twitter between the two groups started as a joke but they may be taking it seriously now. After a few initial jabs back and forth, One Direction’s Louis Tomlinson told Now magazine, “if you want to create that rivalry, then let’s do it,” according to MTV. That seemed to settle it, and the comments have been coming ever since.

But, since both groups are foreigners, if there is any altercation, it sounds like they know it will have to be after they return home.