Given the opportunity, Roshon would really have to consider signing up for the show again. 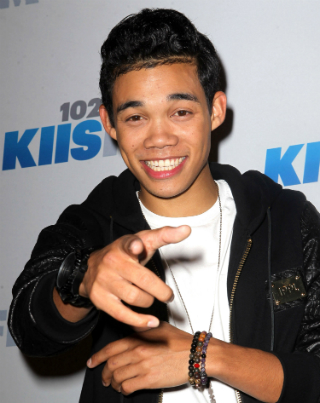 Roshon Fegan, one of the many who attended KIIS FM’s Jingle Ball 2012, was full of holiday spirit, but when asked as to whether or not he could see himself doing the fox trot again on Dancing With the Stars, his mood turned slightly hesitant.

“I would really have to think about going back on Dancing With The Stars again,” Roshon exclusively told SheKnows. “I don’t really miss my legs hurting.”

The reason Roshon was prompted with this question is that the hit reality TV show recently finished it’s first season with an all-star cast, previous celebrities who have competed in the competition all trying to once again win the mirror ball trophy. You never know, Dancing With the Stars may recast past contestants for a round two of all-stars, especially with so many seasons and fan favorites under the show’s belt.

Despite his hesitation, Roshon did mention that even though the practices were brutally painful, he still had a great time on the show and wouldn’t trade in his experience for anything.

Roshon was part of Dancing With The Stars Season 14, partnered with professional dancer Chelsie Hightower.

While the couple’s quirky chemistry was quite evident in practices and during their dances on the show, they wound up getting eliminated in the eighth week of competition.

Roshon may have been disappointed, but he did mention that he was thrilled he could add dancing to his rather long resume, which includes starring in the Disney TV series Shake It Up.

So, if Dancing With the Stars does decide to cast previous contestants to compete, it will be interesting to see if Roshon decides he wants to endure such harsh training again.

Would you be bummed if Roshon opted out of trying to win the mirror ball trophy again?